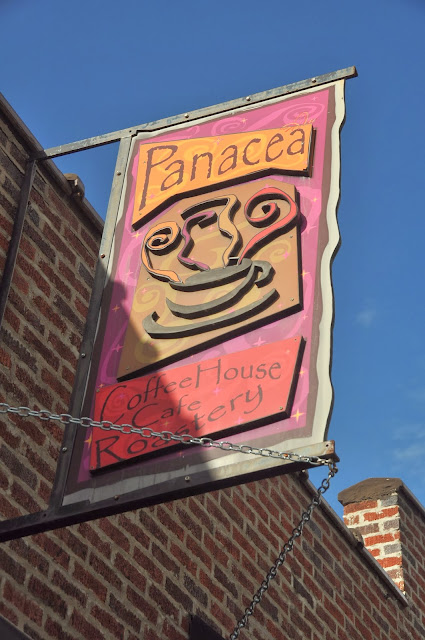 There's nothing better than a good soothing vanilla latte after a drive over the mountains, unless, of course, one can add to the enjoyment by savoring it while sitting on the banks of a slow-moving creek. 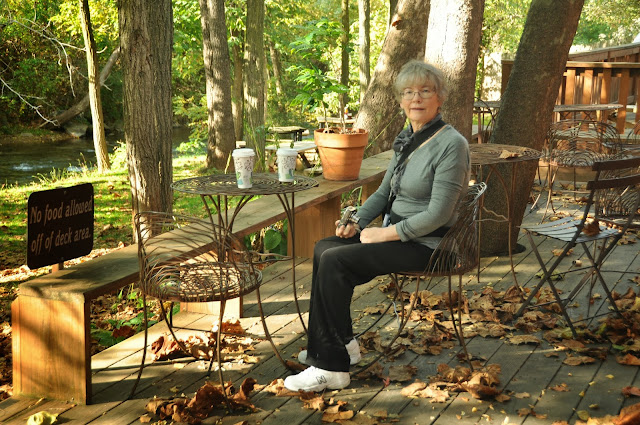 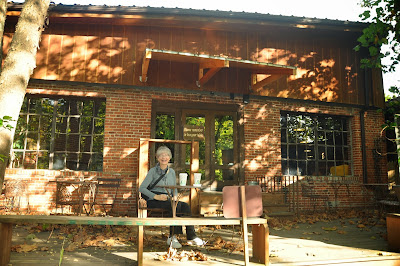 And that's what we found in Waynesville, NC after taking a daytrip from Gatlinburg during our October outing.

We were looking for a coffee shop with a little atmosphere, and we found it.

Two coffee shops on the town's main drag, which I briefly looked in to, just didn't fit what wifey and I were seeking. 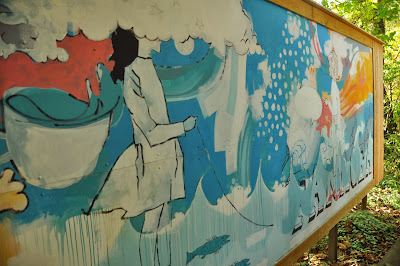 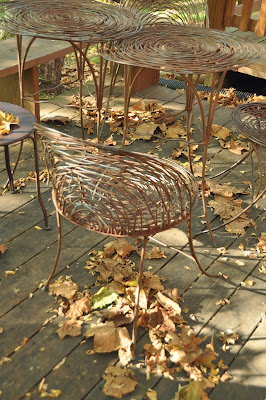 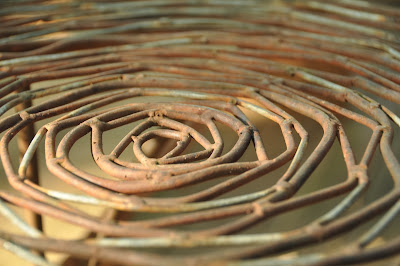 I asked a passerby if there were another coffee shop in the town that had a little character to it.  She said to try Panacea. After beginning our hunt, we then asked a postal worker who gave us exact directions to the location.

She said it was down across the tracks located in the old warehouse district. The area had been rather vibrant during earlier days when trains were a mainstay for a town's economic development. 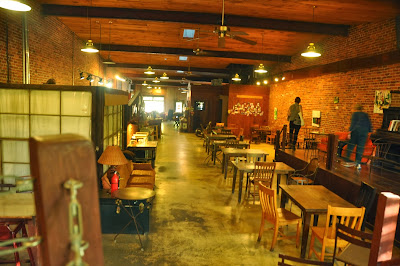 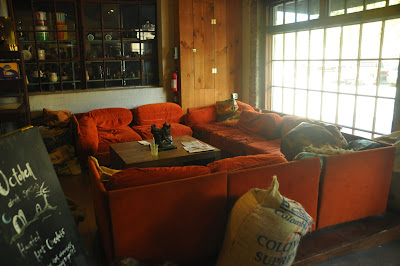 We turned north, went down a hill and saw the tracks. We took a left and there it was.

I'm not saying everybody would like it, but we did. 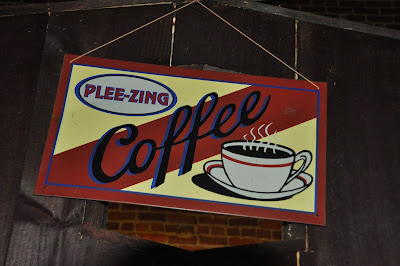 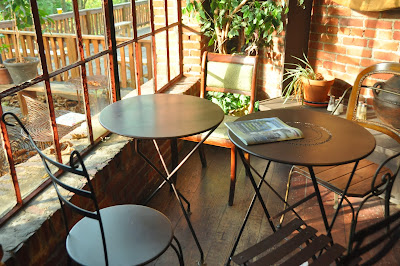 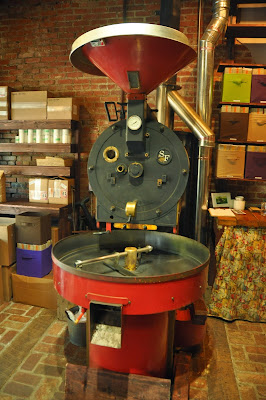 The business was in a section of the former warehouse, being about 50 feet across and maybe 100 feet deep. And standing on the backside one could see Richland Creek. 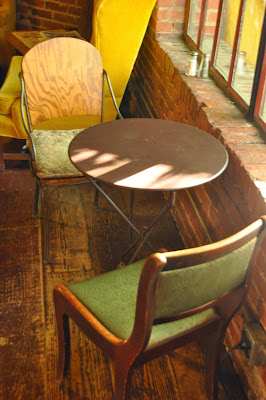 Wifey and I placed our orders, my latte, and her tea, and then headed out the back door to enjoy our drinks on the porch overlooking the creek.