When one thinks of the US celebration of Thanksgiving, besides turkey and dressing and cranberry sauce, Plymouth, MA should also be on one’s mind.

My wife and I, and our first son, visited the area back in the fall of 1977. We were on a one-year odyssey of seeing the United States, traveling in and living out of a van.

Memory fails to serve me correctly as to what we did there, but I do remember seeing Plymouth Rock.

The city of Plymouth was founded in 1620, and of course, was the site of the first Thanksgiving celebration which will once again be observed on Thursday.

The town continues  to be a popular tourist attraction because of its historical significance and is said to host a lot of visitors during the last week of November each year.

To everyone preparing for the annual feast and anticipated gluttony, all I can say is Happy Thanksgiving and be especially thankful for the joys of today.

Posted by walter at 8:32 PM No comments:

Stay aware and keep on traveling

My wife and I visited Paris about 15 years ago as tourists.

The late October weather was mild to cool. Halloween, a really strong celebration in the US, was picking up steam there. The Latin Quarter was abuzz with people with all types of ghoulish costumes.

There was hardly any rain during our week-long stay until the day we had to leave.

The "City of Light" was truly amazing. The Eiffel Tower, the Champs Elysees, Notre Dame, the Musee du Louvre, Sacre-Coeur, the outlying palace of Versaille, even the Metro was interesting.

Of the European cities I have visited, Paris would probably be on the top of the list if we were to make another trip over what is called “the pond.”

It is sad, what happened last Friday as terrorists killed more than 100 people and injured hundreds more in Paris.

But Paris will be Paris. The beauty of the city remains, although residents’ nerves are on edge.

Will the tourists continue visiting the city? Of course. Will I return?

I sure hope so.

How will I feel upon a return visit?

I just have to remember two trips to San Francisco. One was within a few years after the 9/11 attacks in New York. The other was a few years later.

The first trip included being there on July 4.  My wife and I joined thousands of others on that holiday taking the trek across the Golden Gate Bridge and returning.

We also did the same on the subsequent trip.

It is a beautiful walk. But my mind was not only on the scenery.  I was always scanning my surroundings. I had also thought about what I would do if a vehicle stopped on the bridge and someone tossed out a backpack or something similar.

My first thought, since I would have believed it to be a terrorist attack, was to run, pick up the item and toss it over the side of the bridge so that if it were explosives, it would go off close to the water and not injure anyone.

Both of our walks were uneventful.

But whether one is in San Francisco, Paris or any other metropolitan area, it is wise to be aware of one’s surroundings. I don’t know if I would take immediate action against someone if I observed something unusual such as the beginning of a terrorist attack.

Most of us probably wouldn’t do what Harrison Ford did playing the character of Jack Ryan in the “Patriot Games.” As one can recall, he helped subvert a terrorist attack on a British official and was subsequently hunted by the terrorist survivors.

I don’t know, if at my age, I would have that kind of chutzpah, but hopefully I would do something beneficial rather than just running away.

The world has always been dangerous. And it seems to become moreso. But that shouldn’t stop us from experiencing new adventures.

We can’t stop traveling. We just have to be more aware of our surroundings and keep ourselves as safe as possible  and not give in to "what might happen."

Posted by walter at 7:26 PM No comments:

Has it really been a half-year since our cruise?

My wife says that the older we get, the faster the time goes by.

I have to agree with her on that, sort of.

Time travels at its own pace and never varies. Except when man steps  in and either starts or ends Daylight Savings Time.

It’s been a week since the end of Daylight Savings Time this year, and it has brought on a whole new attitude, and/or feeling, like it does each year.

And I find I’m tired of TV and the Internet earlier.

Thirty years ago I felt it was my duty to stay up and watch until the final second ticked off and ended the Monday Night Football game. And it didn’t matter who was playing and how lopsided the score many have been.

I didn’t last past the first half Monday night. Who was playing anyway?

Oh yea, it was the Chargers and the Bears. Wow!

It has been six months to the day that my wife and I  embarked on our 9-day Baltics Cruise odyssey.

I don’t know the mental aspect behind the feeling, but sometimes it feels as if we didn’t even go on that trip.

Did we actually visit Russia, Germany, Sweden, Denmark, Estonia and Finland? We have the pictures to prove it, but sometimes it just seems so unreal that we accomplished that feat.

My wife said she had also gotten that same feeling once or twice since we’ve been back.

Maybe other people have that same type of feelings.

The trip was “too good to be true,” therefore do we let ourselves believe that it wasn’t?

Hey, we’re getting way up in age. We’ve earned the right to have those feelings.

Tallin, a unique city and challenging 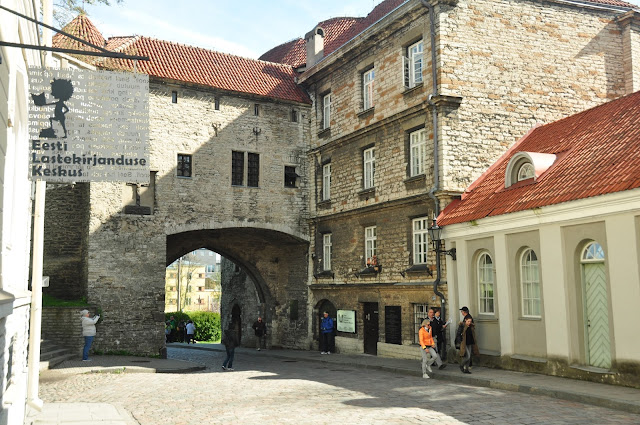 Visiting the old town of Tallin, Estonia is a challenge for the physically handicapped.

And moreso  a challenge for caregivers who want their loved ones to experience the “enjoyment” of visiting a totally new place.

Tallin is one of the stops for ships traveling the Baltic Sea. 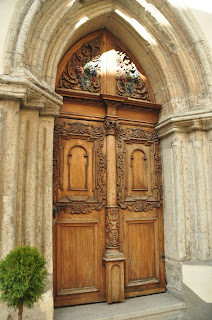 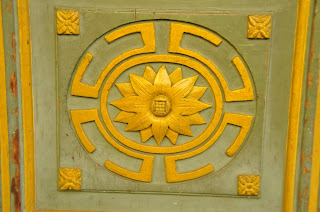 Our ship, the Norwegian Star, put into that particular port on the second day of our journey back in May.

My wife, a stroke survivor, can manage to walk short distances.

But after we left the ship and walked about a half mile, we realized that the only way we could see a portion of the city was for me to go back and get the transporter and push my wife to the different places.

It was a decision that made all the difference. 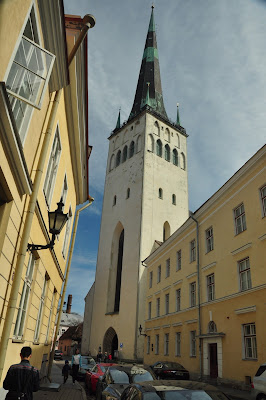 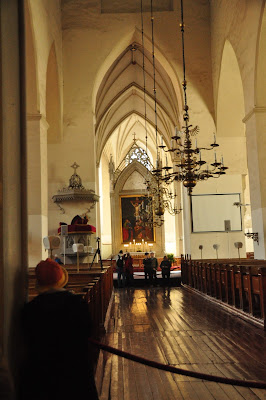 The city was within walking distance of the berth where our ship was docked, but for the physically handicapped, it was a challenge, thus the need for the transporter.

There may be a “romantic” notion that “cobblestone streets” are unique and fun. Unique they are, but not fun for someone pushing a person in a transporter.

From the port to the first major intersection, life was good. The ground was flat, and being the early part of the day, I had more energy.

All the streets in the old town that we went on were cobblestone.

Those types of streets aren’t very inviting for the challenged.

Despite the problem, we were up to the challenge, although over the course of about two hours of cobblestone, my energy began to ebb. 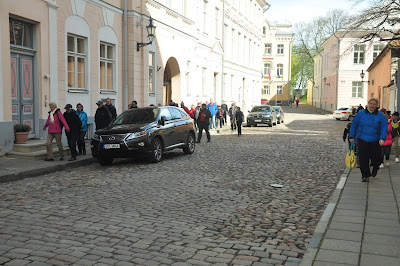 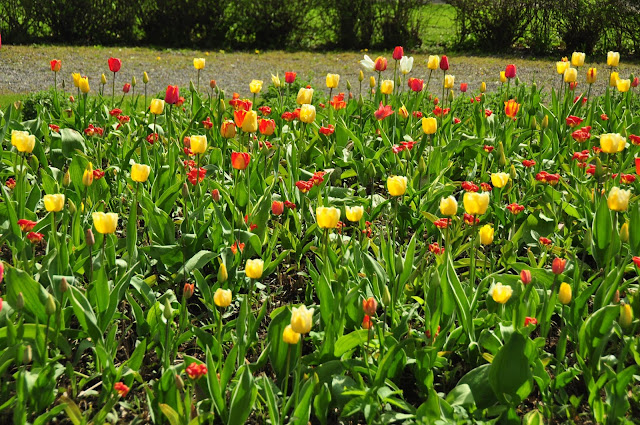 We persevered on, visiting churches, viewing the various historical avenues, observing young children apparently on a field trip, a portion of the old walls of the city and a sign on a building with a word that just seemed to be toooooo long.

Crossing streets was rather bumpy with my wife experiencing almost the ride of her life with the transporter jerking back and forth as we traversed the ruts between the cobblestone. 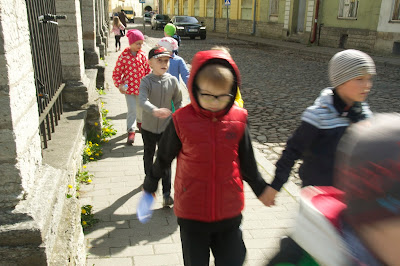 And then we managed to get back to the ship for a well-deserved rest.

Posted by walter at 9:09 PM No comments: