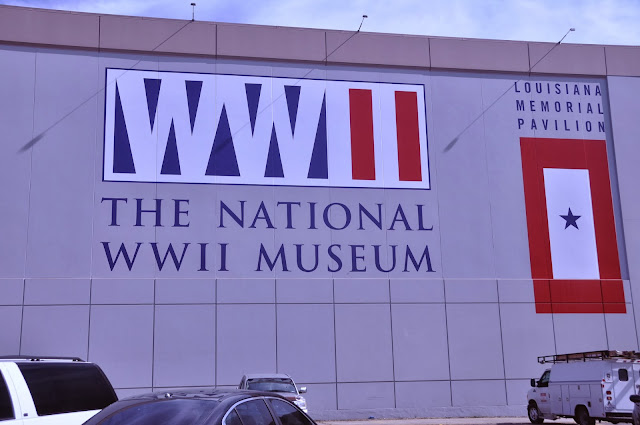 And for those who want to experience man's inhumanity to man, just go down to New Orleans and visit the National WWII Museum. It is located at 945 Magazine St.

I don't like war, and I didn't have a burning desire to visit, but wifey did.

My father and her dad were involved in the war. I had an uncle who died fighting in the Pacific.

I've watched numerous movies about war and it is hard to understand why such tactics are used that allow for the deaths of so many. 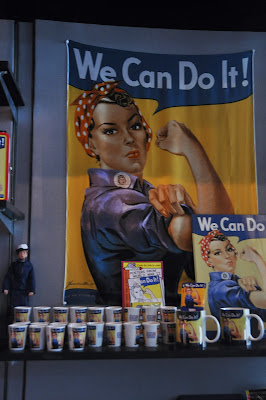 I guess it is a battle of numbers. And then again, I've come to believe that soldiers are the pawns of the politicians.

Well, anyway, we visited and were afforded the opportunity of being apprised of more information than I ever want to know about World War II. 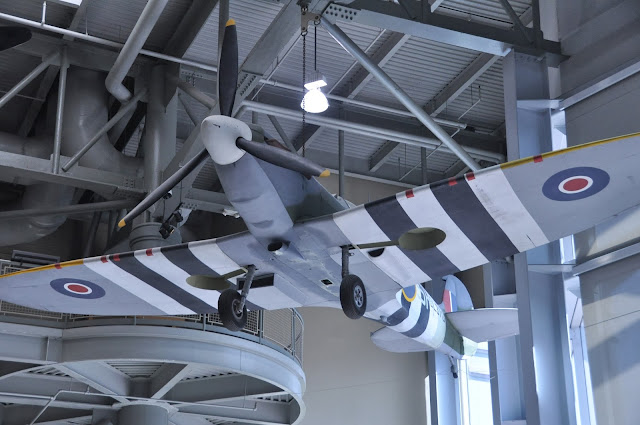 The museum is open seven days a week from 9 a.m. until 5 p.m.  All venues are closed Mardi Gras Day, Thanksgiving Day, Christmas Eve and Christmas Day. Parking, at nominal cost,  is available adjacent to and across from the museum.

The website "recommends that you allow a minimum of 3 hours to view exhibits." 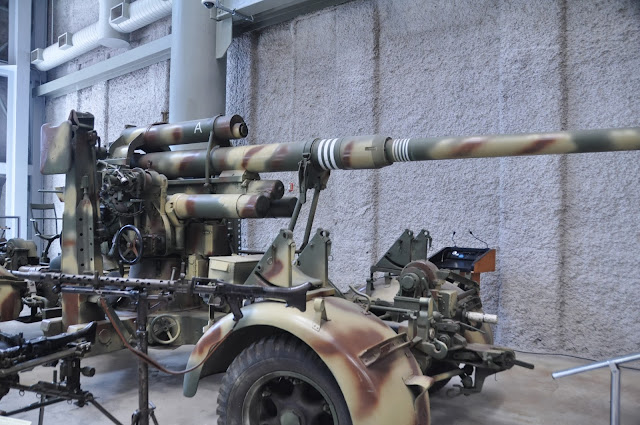 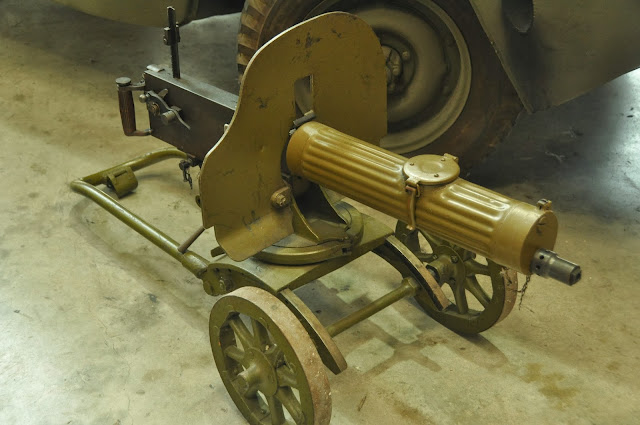 First of all, that is not enough time to do the museum justice. Someone really into the second world war will find that  even one day may not be enough to digest the amount of material that is available.

There are numerous exhibits and programs available along with a 45-minute 4d film concerning the war.

For those who work up an appetite there's the "American Sector" restaurant and the "Soda Shop."

Wifey and I entered the museum around 1 p.m. and were exhausted by closing time.

There's a lot of areas to sit down and listen to personal experiences from those who were on the front lines. 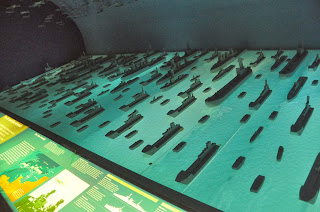 Visitors are also warned of the graphics that depicted the fighting against the Japanese in the Pacific area. 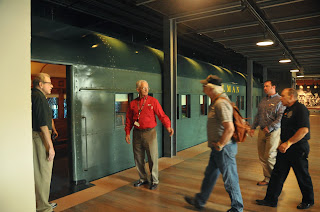 It's hard to take in everything. There's a lot of displays, the movies, the personal experiences and reader boards that tell about the war.

Its not a place to easily work your way through in a short period of time. Like I said, for those who really want to grasp the feeling of World War II, it will take time.