Davis Bayou, close and a paradise of nature 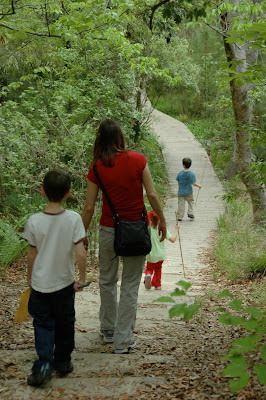 The Davis Bayou area of Gulf Islands National Seashore, located in Ocean Springs, MS, offers a respite from everyday life for those wanting to enjoy the out-of-doors.
For years and years, our family has made use of the site which offers camping, nature walks, opportunities for biking, fishing, crabbing and picnicking. 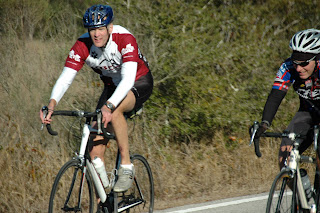 Also part of the Seashore, which includes facilities in Florida, is Ship Island on which Fort Massachusetts sits. The island is located some 10 miles offshore and offers beach combing, birdwatching, swimming and fishing.
The island is accessible by private boat or a passenger ferry that operates out of Gulfport March through October.
The visitors center at Davis Bayou has reopened this year following rehabilitation following damage caused by Hurricane Katrina in 2005.
Thousands enjoy the seashore facilities each year.
Next post: Dec. 6, 2011 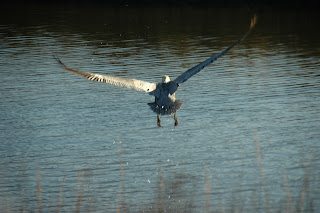 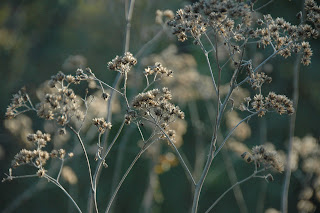 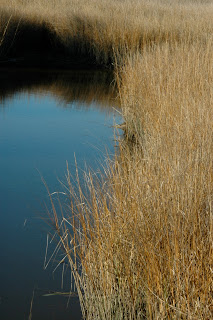 Sitting on top of world at Balsam Mountain 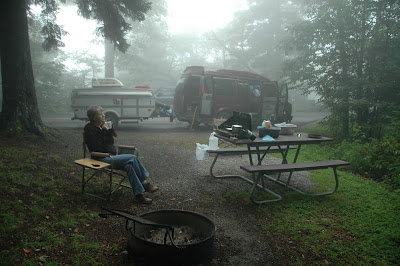 On trips to the Smokeys, we often spend a night or two at the Balsam Mountain Campground.
This site is off the Blue Ridge Parkway just northeast of Cherokee, NC.
Its pretty and usually there are not a lot of people. After all, its about 20 miles or so to the nearest commercial area. 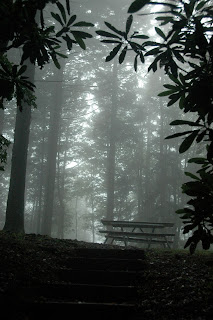 And it sits at 5,310 feet. That means it is going to be cooler than other campsites at lower elevations in the park.
That's what I like. Cool temperatures and although its not Texas, the stars at night are big and bright. 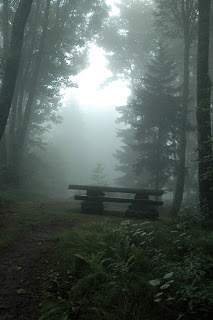 There are two other aspects that we seem to like. One is the unique picnic area that sits atop a hill about a half mile west of the campground. There are traditional picnic tables and also tables that are constructed out of huge slabs from rocks. I believe they were built by the Civilian Conservation Corps sometime back in the 1940s. 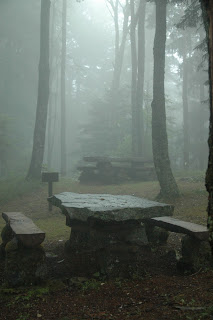 Sometimes fog hugs the top of the mountain and gives the area an eerie look, which somehow I seem to like since it makes for unique pictures. 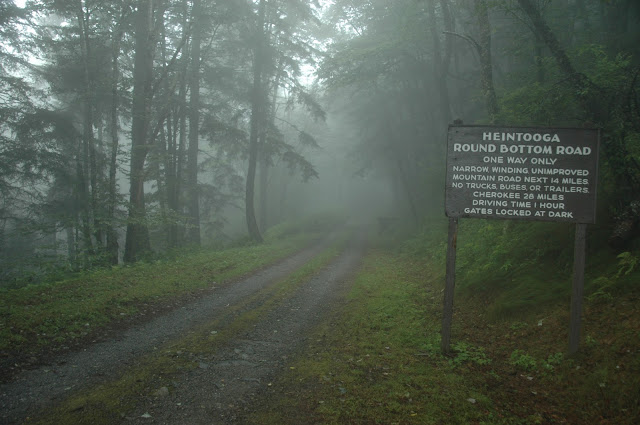 And for the adventurous, there is the Heintooga Road which is a one-way, one-lane drive down the mountain. We like to make the trip. 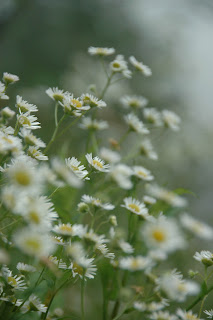 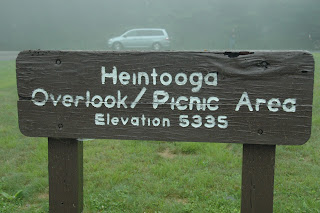 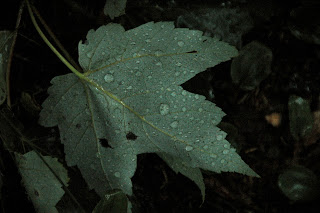 
On trips out west over the years, while heading into Yosemite National Park from Lee Vining, we would pass Tioga Lake campground near Tioga Pass, but never stopped there.
It looked quite inviting.
On our last trip out west, our destination for the night was Tuolumne Meadows campground in Yosemite. It was about the second week in June and we figured it would be open.
That wasn't the case. The snowmelt had left the area rather damp and it was closed.
We hated that. Some 25 years earlier we became acquainted with Tuolumne. It was the location of I guess the best campfire program ever.
The ranger started the fire in a traditional manner, telling a story as he proceeded to light small tinder. As the fire began getting a little bit bigger, he added slightly larger limbs and then even larger ones until he had a ranger-approved roaring blaze. 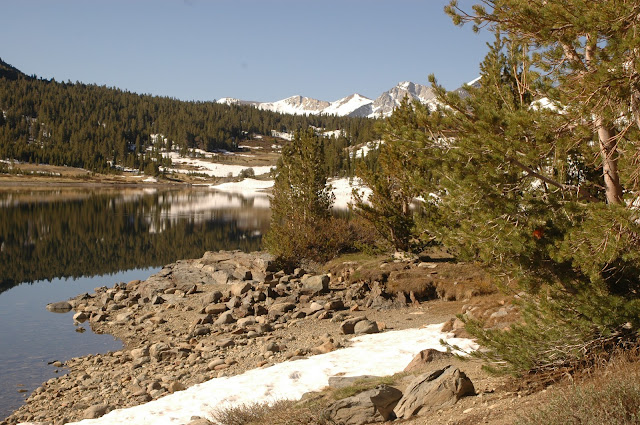 My wife and, our only son at the time, sat around and listened to his mountain tales.
And we joined in with everyone else in singing that song about the woodchuck - "How much wood could a woodchuck chuck if a woodchuck could chuck wood."
Those attending the program were broken up into groups and sort of had a competition with the song.
It was a truly great time and we were looking to another enjoyable experience on our latest visit.
But that was not the case.
With Tuolumne closed and knowing there wouldn't be any campsites available in the valley floor, we quickly retraced our steps and headed back toward Lee Vining.
Although there are only 13 sites at the Tioga Lake campground, about a mile outside the park, we managed to get one. It was early in the day and we had our pick of the eight or so sites left.
By the time the sun went down, the campground was full.  We slept in our van and fixed our meals outside on the table that was provided. Bear-proof containers were available for storage.
The view from our site was beautiful, surrounded by the mountains, and even though it was June, there was still snow.
At an elevation of 9700 feet, the temperature that night dropped down below 32 degrees since the next morning we found water frozen that had been left in a milk jug.
We had all the requisite cold weather camping gear and clothes and slept comfortably that night. It was a little slow the next morning, having to get out and get adjusted to the temperature.
Sure enough, when we got down to Yosemite Valley that day, we checked to see if any campsites were available, but to no avail.
Although the June crowds were getting bigger, we did manage to do a little touristing before heading out in late afternoon to continue our adventure to the Coast.
Next post: Tuesday, November 22, 2011
Posted by walter at 8:05 PM No comments:

When it comes to travel, there's 'possibilities'

What do I want for Christmas?
A fantasy, of course.
It would have to deal with travel, be spectacular and a truly fantastic location.
There are a lot of places that fit the bill, but I'm thinking of a place right out of a movie -- no, not "Casablanca" (although I would take it), or "Roman Holiday," (I've already been to the Eternal City), or maybe the locations involved in "French Kiss"  but then again I've already enjoyed the City of Light.
Think 'possibilities.' Think Czech Republic. Think Karlovy Vary. Think Queen Latifah. Think --- The Grandhotel Pupp. 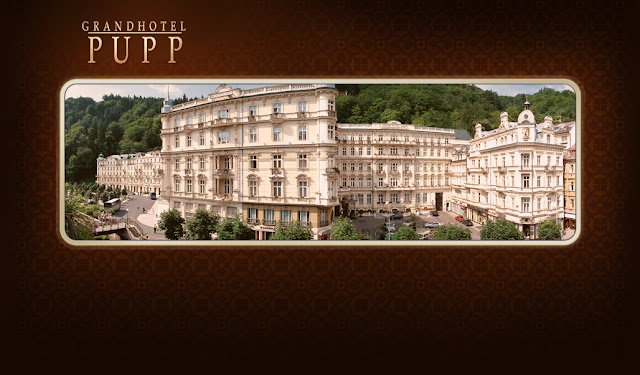 That's where I would like to spend some time -- of course, on someone else's dime. I think it would take a lot of dimes to stay at such a location but I could be up to it.
Queen Latifah starred in the movie "Last Holiday" where she played a sales clerk in New Orleans who was led to believed she had a brain tumor and only a few weeks to live.
She decides to fulfill her dreams and heads overseas to spend time at the hotel.
When the movie comes on TV, it trumps just about everything else going on at the time.
We've already watched it five or more times and continue to enjoy the plot line and her desire to enjoy to the fullest what she thinks is left of her life. She plays such a terrific part.
Timothy Hutton plays the businessman you love to hate.
The meals prepared by the hotel's world-renowned chef (Gerard Depardiue) are enough to get anyone to want to dine there.
Snowboarding and basejumping are not my ideas of entertainment but the movie makes it a world of fun.
In the original 1950 film, the leading character of George Bird was played by Alec Guiness. The updated story was for John Candy, but the project was shelved upon his death.
Queen Latifah's agent read the script and suggested they revise it for her. I'm so glad they did.
An internet site says a room a the Grand Hotel Pupp can be had for about 169 euros a night. I'm sure the presidential suite is out of sight.
What do I want for Christmas? Think possibilities. Think a stay at The Grand Hotel Pupp.
Next post: Nov. 15, 2011

Posted by walter at 8:24 PM No comments: 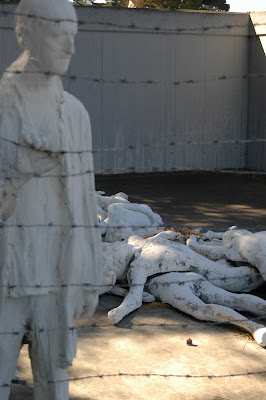 There are times when one is seemingly not looking for anything of significance when it appears.
Such was the case a number of years ago when visiting the Palace of the Legion of Honor in San Francisco.
My wife and I had entered the museum and viewed the displays within. Maybe it was too warm inside or I just got tired of all the modern art and decided to go outside. 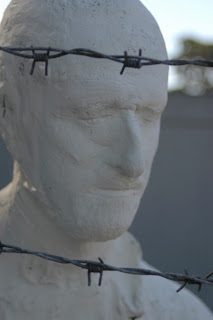 I just walked around and shot some scenic pictures from the top of the hill on which the museum sits.
I was making my way along the sidewalk which encircles the parking area. It was a beautiful day outside and the skies were clear.
I shot some photos of the displays in the area and then upon almost ending my walk along the west side of the parking lot I came upon a display. 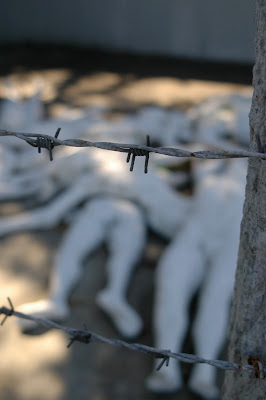 It was a stark reminder of man's inhumanity to man.
The "Holocaust Memorial" display was created by pop artist George Segall. The work was dedicated in November, 1984.
The artwork is simple and carries such a powerful message about the atrocities that occurred in Europe during World War II. 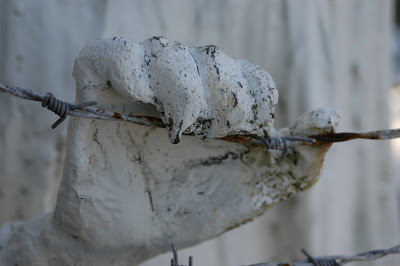 I spent a few minutes photographing the scenes. I tried to get an understanding of how they must have felt.
But I knew it was impossible.
How can anyone standing in freedom and not faced with the prospects of  such incarceration ever have any idea of their terror.
Next post: Nov. 8, 2011
Posted by walter at 9:31 PM No comments: