Happy holidays in the Hub City 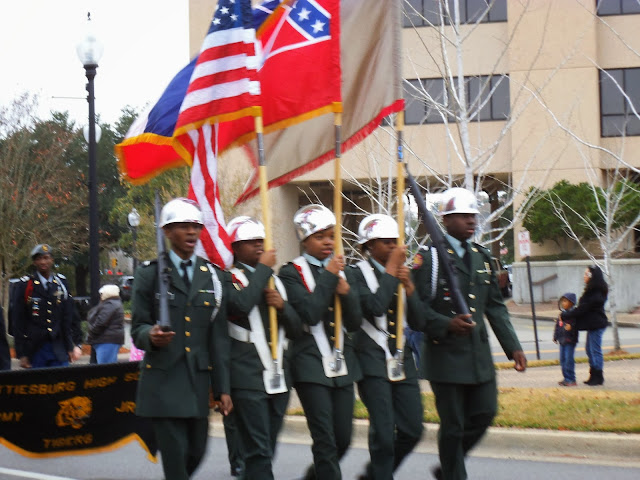 One's best laid travel plans are often set aside when there is the threat of severe weather, in this case cold temperatures and the possibility of snow-like precipitation. 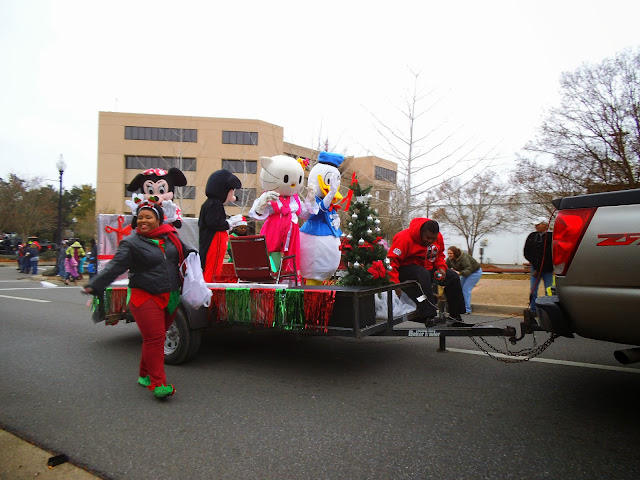 Plans to surprise wifey with a two-day jaunt to an historic village were cancelled at the last minute.

In its place, we decided on a day-trip to her hometown of Hattiesburg, MS to witness their annual daytime Christmas parade. 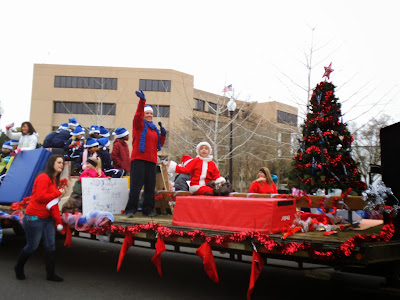 Times have changed and so has the parade.

Wifey said she remembers her earlier days when the festivities included the local university band with the dance team strutting their stuff. They're no longer a part. 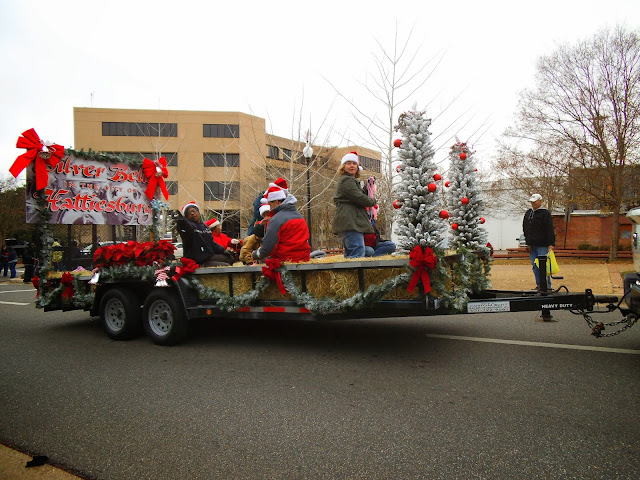 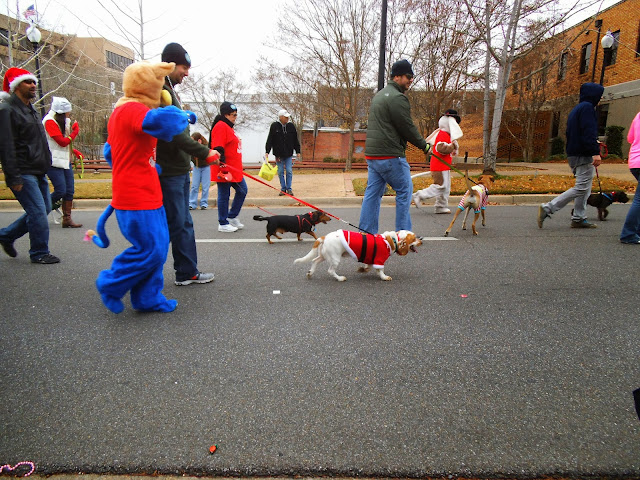 Bands use to play a lot along the parade route, but that doesn't happen much anymore.

The Hub City, as her ole stomping grounds is called, did offer an interesting conglomeration of floats, bands, marching groups, and numerous beauties perched on the seat of convertibles, the roofs of SUVs, or sticking their heads out of some superlong vehicles. 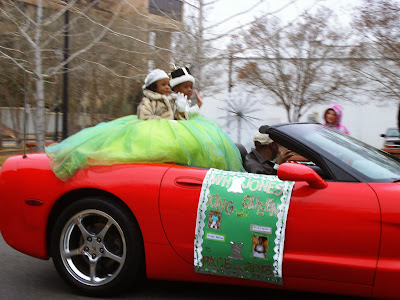 Although the weatherman had forecast the possibility of showers, we didn't  have to deal with them and the wind blowing from the north wasn't  that bad.

The temperature was somewhere in the high 40s and since we had winter jackets and a blanket, we were prepared.

Well, with the trip, we've added a new event.