Fifteen or 20 years ago, my desire upon retirement was to move to the West Coast.

Well,  not permanently, but maybe for perhaps, a two-month stint each year.

I like the way the cool winds blow in off the Pacific, and the usually low humidity.

Of course, there is also the beauty of the place. 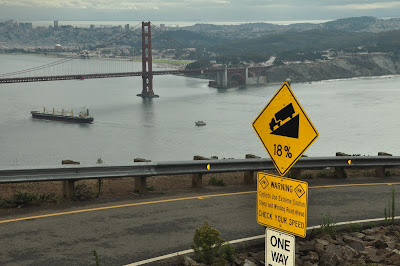 I was most familiar with the state which cab be described but some as being along the Pacific coast between Mexico and Oregon. (Following Hurricane Katrina, someone in TV described Mississippi as “that land mass between Louisiana and Alabama) without ever saying the name of the state.

I find it is hard to say the word nowadays, because people make disparaging remarks about that state, mainly because of their politics and a few other things.

But I can’t help it.

A trip to southern California as a pre-teen introduced me to the low humidity.

Back home, involved in the same kind of activities, I would be dripping wet. In Rosemead at the time, not so much. 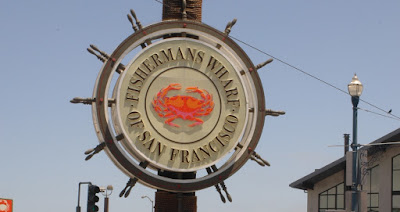 Then years later after marriage, we spent a month in the state, two weeks of that camping in Yosemite.

It was heaven. Today, not so much because of the increased crowds.

We’ve been to the Golden State more than 20 times, mainly visiting the northern half.

And when I look at pictures I filed on my Apple Mac Book Pro, I still have the yearning.

When gasoline back in the 70’s was still in the 80-cent range, I remember almost having a heart attack when I had to pay $1 a gallon just south of Monterey.

My first cappuccino was an enjoyable drink in San Francisco at the foot of the Hyatt Regency.

But as one ages, desires change.

But even so, I still long for the drive down Highway 1, walking across the Golden Gate Bridge, taking the Tiogas Pass Road from Lee Vining through Yosemite over to the Coast and of course enjoying the cable cars going halfway to the stars.

Maybe one day I'll wake up.

In today’s world, one may be able to run, but you just can’t hide.

Well, just hit the Internet and dial up any number of a hundred, perhaps thousands of webcam sites around the world.

They are out there.

And they are seemingly everywhere. Especially Earth Cam
which has pictures of just about everything in the world.

It's the new way, in the comfort of one’s home, to people- watch. And too, in a way, return to one's favorite spots around the world without the additional cost.

It is also especially strange to be watching a certain location (for us it is New Orleans) that one is familiar with and realize that just two weeks ago, when on that exact corner, a webcam was transmitting live pictures to the entire world.

And then we try to think back to determine if we were doing something inappropriate (maybe scratching in the wrong place).

We cruised the Baltic Sea area last year and enjoyed visiting St. Petersburg, Russia. A search of the Internet put us on a webcam site with lots of sights of the city.

There are also websites that carry live webcam action from the bows of cruise ships around the world.

But another aspect of the webcams is that we can participate in trips with relatives without being with them.

Just know where the webcams are in the area they are visiting and coordinate their being at a certain place at a certain time.

We have relatives that go to New York City each year. It would be great to see them in the middle of Times Square on the local webcam as they enjoy their visit and we enjoy interacting with them via phone and the cameras.

Gatlinburg, TN, outside of the Great Smoky Mountains National Park, is a favorite place. Just last week the webcam atop the Space Needle offered vivid pictures of the city and on a couple days, showed the show falling.

It was really a treat.

We may not like the government spying on us, but what with everything out there these days, isn’t it fun doing our own spying on other people. 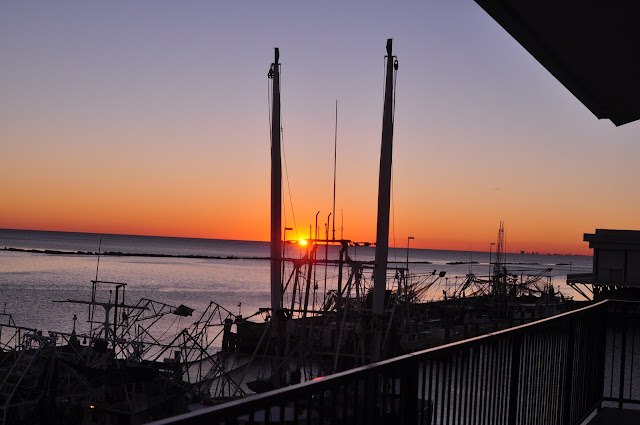 I enjoy watching the sun set over the Mississippi Sound.

And a couple weeks ago, my wife and I journeyed to one of our favorite eating out spots to watch the red ball sink into the water.

And that occasion brought to mind something that I had read or heard which was uttered by an entertainer who is well-known along the Coast.

He said that during the summer he enjoyed watching the sun set into the Gulf of Mexico (Mississippi Sound). 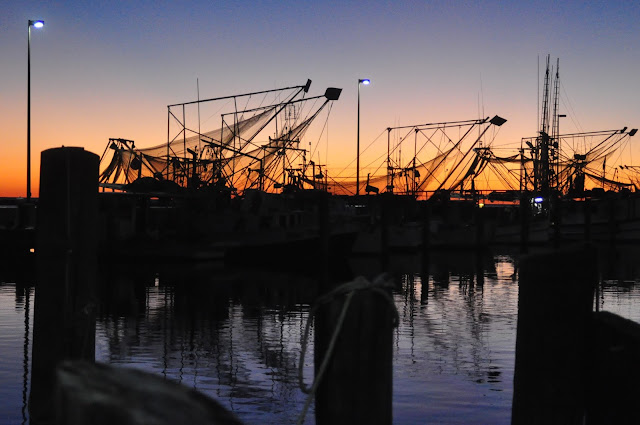 That sounds good, but its not correct. The sun does not set over the Gulf of Mexico during the summer.

The reason being is the east-west lay of the land  on the Mississippi Gulf Coast and the sun’s path of travel.

The sun is seen at its most northern spot in the sky on a date close to June 21 which is the Summer Solstice.

This is the day of the year with the most daylight. 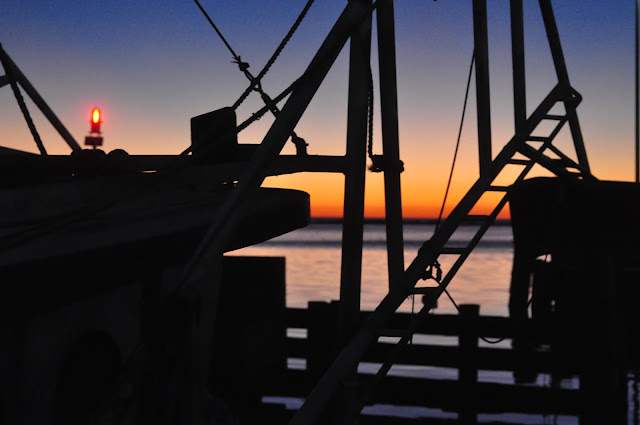 During this time, on the Mississippi Gulf Coast, the sun is far north of setting over the Gulf. It is in a position of being north of due west.

Therefore, one can only watch the sun set over the west end of Biloxi Bay which hugs the north side of the landmass that encompasses Biloxi and Gulfport.

As December approaches, the sun’s position in the sky is farther south as the Winter Solstice nears, which is around Dec. 21, the day with the least amount of daylight. 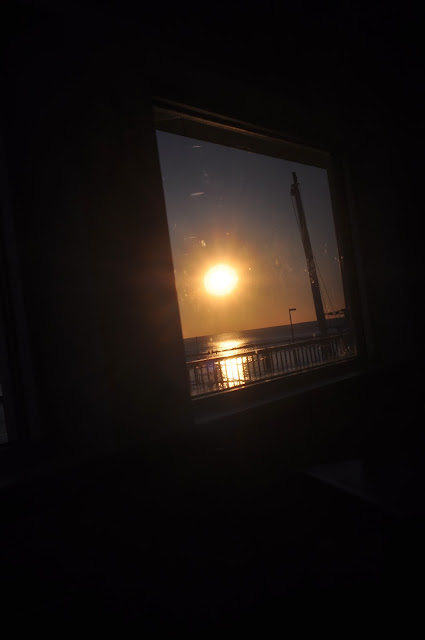 We went to eat out in January, because I knew the sun would be setting over the Sound.

McElroy’s Harbor House is our favorite spot and didn’t disappoint, although the sun did, just a little.

The restaurant, on an east-west plane, has a wall of windows  oriented to the south and offers a great view, from due east to due west.

There weren’t any clouds in the sky. As the great, giant red ball headed toward the horizon, it was just that, nothing more, as far as providing a spectacular offering for an exceptional sunset photo.

Posted by walter at 8:01 PM No comments:

The good times are going to roll on until midnight next Tuesday (Feb. 9) when all of the parades, carrying-on, debauchery and excessiveness of the human mind will come to a screeching halt.

Well, for at least until the next day, anyway! 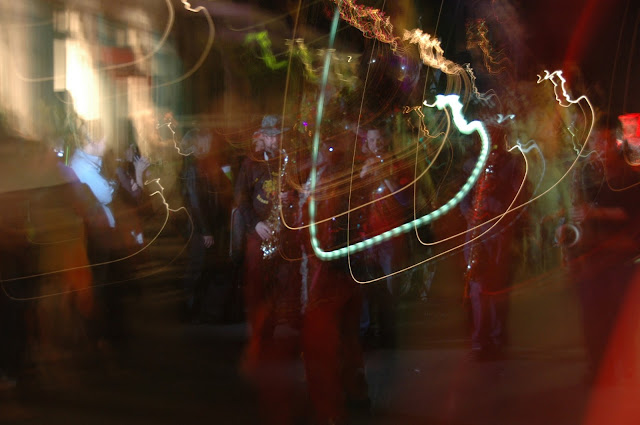 Some people don’t know how to stop misbehaving.

Anyway, what I’m referring to is the annual celebration in the states along the Gulf of Mexico called Mardi Gras — Fat Tuesday. 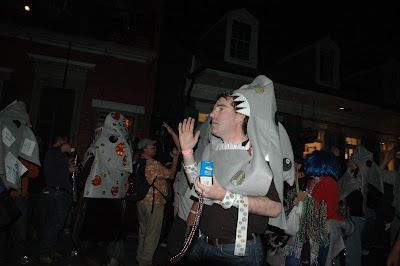 It seems that anything anybody wants to do is OK during this period of time. But it does come to an end when the clock strikes midnight. 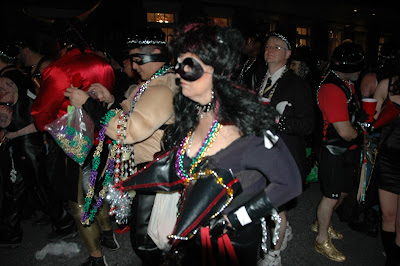 Mardi Gras doesn’t appeal to me that much. I try to make at least one parade every five years or so.  Lately, it seems I don’t want to go that often.

Usually it has to do with the weather and what else I feel is more important at the time.

Lately, the celebration happens earlier in February, which means its likely to be cold. 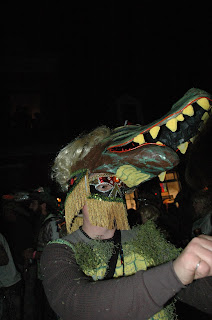 The parades are fun and entertaining although some people seem to take their ways to the limit and ruin the event for others.

The biggest parades are in New Orleans and Mobile although smaller towns along the Gulf Coast have their share.

The pictures here, of course, are of previous times, years earlier. I just haven’t been to a parade in four or five years. 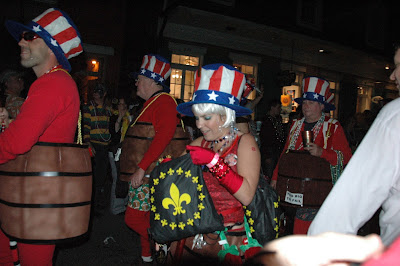 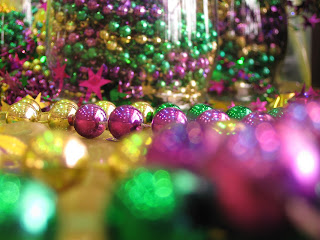