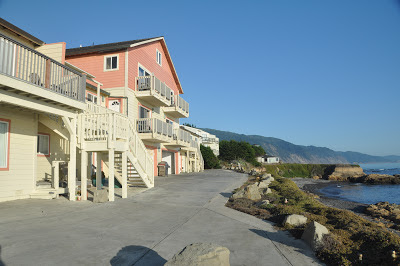 I told my wife this morning I wanted to go back to Shelter Cove.

That's an off-the-beaten-path place in northern California. We made a stop there on our October adventure and spent a night at The Tides Inn.

Since the first of the year we have been experiencing cold weather and rainy days. 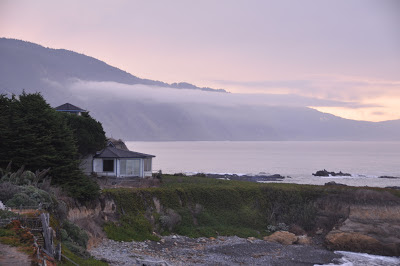 The sun is in its glory today after a weather front that had been going through the area for the past four or five days finally moved eastward.

With clearing skies and great temperatures, I felt like I wanted to hit the road (well, I always want to hit the road). But as the year continues on the feeling gets stronger.

And I thought about Shelter Cove.

We were almost half way through our nine-day journey in October and needed some rest to rejuvenate. 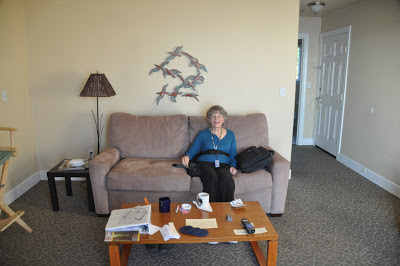 We had left Yreka that morning and I told my wife we needed to arrive somewhere around 3 p.m. It was a struggle since there were a lot of places we wanted to stop and visit, having even worked a few in.

But as the day continued, I quickened our pace to time our arrival for early afternoon.

Correspondence with those at the inn over the proceeding months had me believing the two-lane road from Highway 101 to the coast was going to be a challenge.

I was led to believe that it was almost one-lane in places with gravel or dirt covering and difficult to maneuver especially going over what I expected to be blind hills.

I was expecting the worst, but the toughest part of the road was surviving the curves and then after mounting the last ridge, we settled down onto the coastal plain and started looking for our lodging.

Wifey didn't have any indication as to where we would be staying. I wanted it to be a surprise.

We pulled up to the ocean-front inn and marveled at the Pacific Ocean. We also marveled at our accommodations which were exceptional. 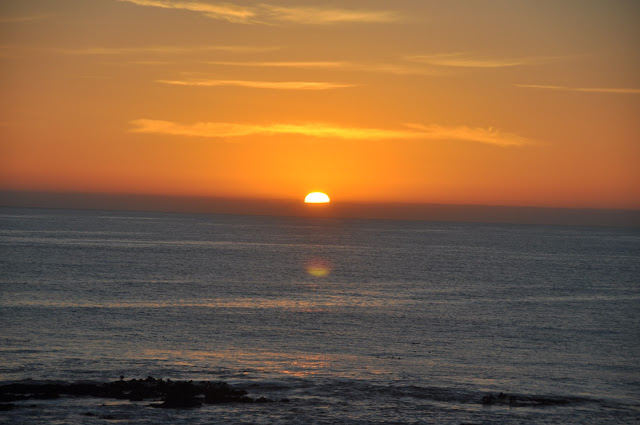 Our unit, on the third floor, included a bedroom, bathroom and living room, small dining area with a magnificent view of the ocean from our balcony.

It was a little bit of heaven.

A basket of goodies awaited us along with a welcoming gift of wine to help us celebrate our 45th anniversary.

The gas fireplace added to the ambience.

October's weather offered a calm ocean and the waves lackadaisically beat upon the shore. I read that a few months later, some major storms moved through the area and the waves were really kicking up.

Calm seas are nice, but I would have loved to be there when the waves were crashing and spraying over the shore -- as long as I knew that it wouldn't go any farther.

An extra day would have been nice. Shelter Cove is an out-of-the-way place and offers a bit of solitude. There are few restaurants and not all are open during the course of the week.

We reluctantly packed the next morning. After taking a walk along the edge of the cliff overlooking the ocean we headed out, looking back as we ascended the hill, thinking it would be a nice place to revisit.

And this morning I got that urgent desire to return.

On another note: Happy Birthday to Linda, my wife of 45 years, who has followed me all over. As the lyrics in the song "Moon River" indicate, we are still "two drifters off to see the world."