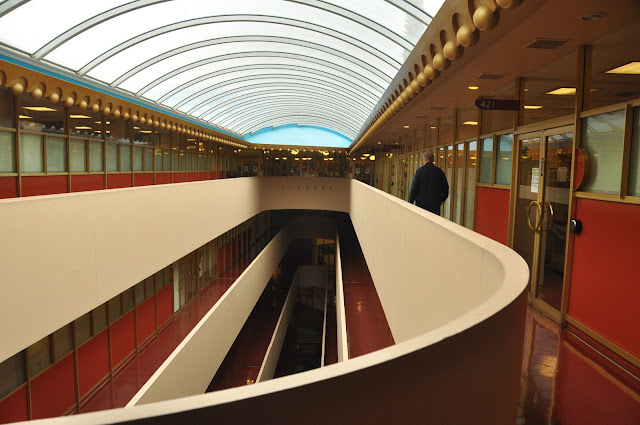 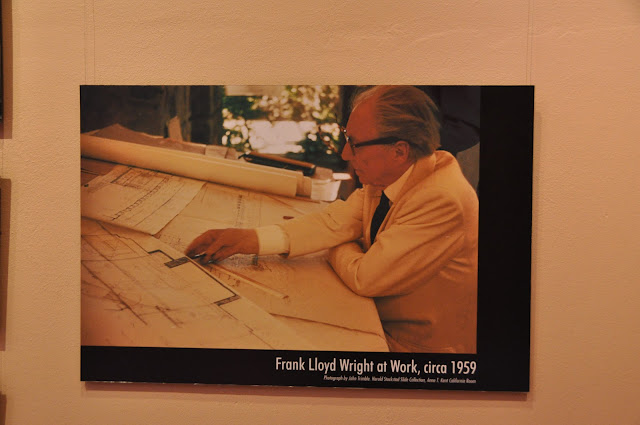 About the only great architect I know of is Frank Lloyd Wright.

I've read articles about his work over the years and the only structure that he created that I can remember is Fallingwater. It is a dwelling perched on a hill with a waterfall coming off of it. 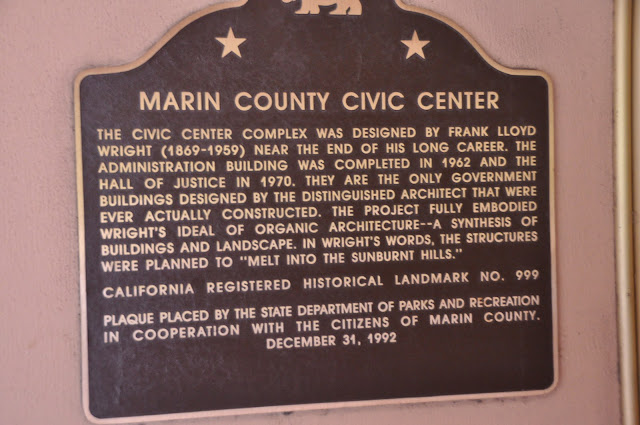 During our West Coast visit in October, there was a newspaper article my wife read that indicated the residents of Marin County (north end of the Golden Gate Bridge) were celebrating the 50th anniversary of the opening of their civic center which was his last commission. 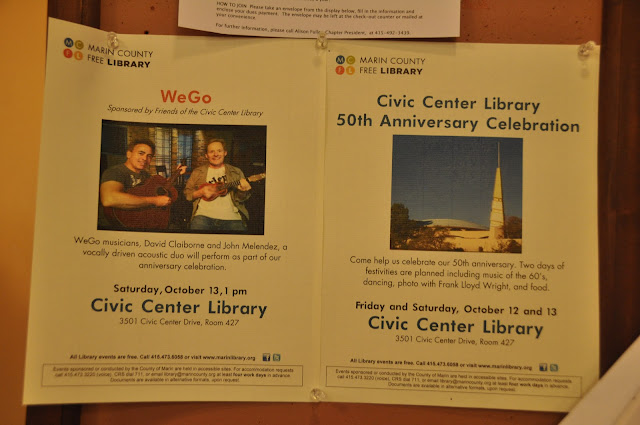 Well, wifey wanted to take a drive-by look. She figured I wasn't that interested and so she didn't want to make it too difficult for me.

We decided to visit the facility after spending a night in Sausalito. We had to backtrack a bit to San Rafael. We had gotten a glimpse of the blue-roofed facility off into the distance as we were going down Highway 101. The blue roof reminded me of the hundreds of blue tarps used to protect the roofs of homes damaged by Hurricane Katrina and other storms on the Mississippi Gulf Coast. 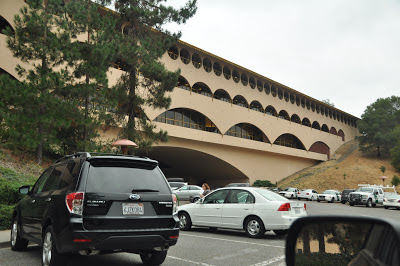 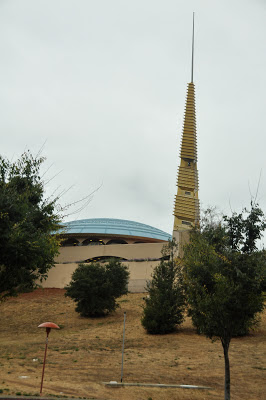 Wright was 90 when commissioned and he died before construction.  The civic center work began in 1960 followed by the Hall of Justice, the Veterans Memorial Auditorium and the Exhibit Hall. 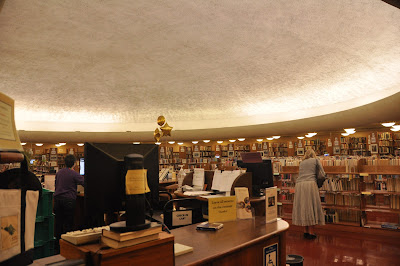 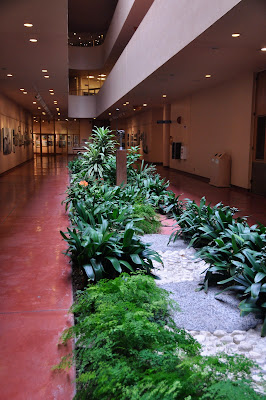 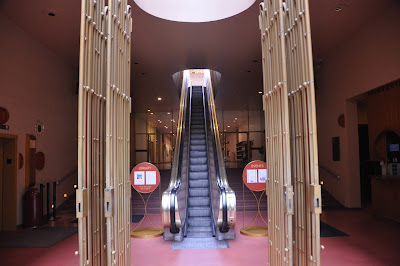 There was a lot of controversy about the facility concerning cost, location, color and Wrights' "socialist" design philosophy.

We drove around and through the archways a number of times with wifey shooting a number of pictures. And then she was ready to go, apparently feeling that she had taken enough of my time on this project.

But I ended up insisting that we at least park and go into a section of the facility.

And I am glad we did.

If I had been a resident back then, I probably would have been against its construction since I err on the side of economy. I'm cheap.

But I am glad that the leaders forged on to see the facility completed as Wright had envisioned.

We went up to the library and walked around the halls on the south end of the massive structure which are arranged around an open atria which allows natural light into the area.

There was a pleasant and comforting feeling about the surroundings.

The facility is truly a work of art.