Have a very merry Christmas parade 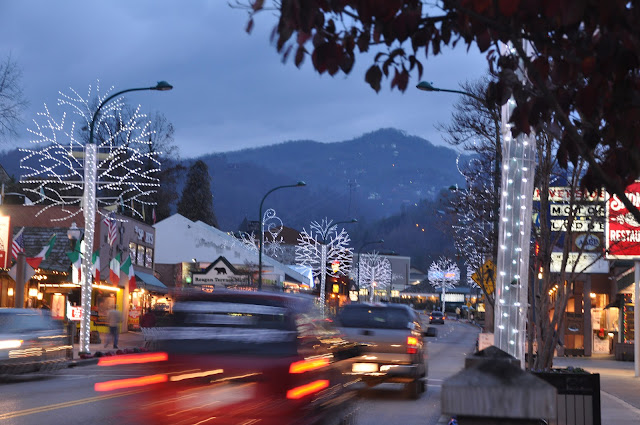 Gatlinburg, TN knows how to put on a Christmas parade.

There was something for everyone -- marching bands, floats, dancers, muscle cars, mini cars, balloon figures and of course even Santa Claus. 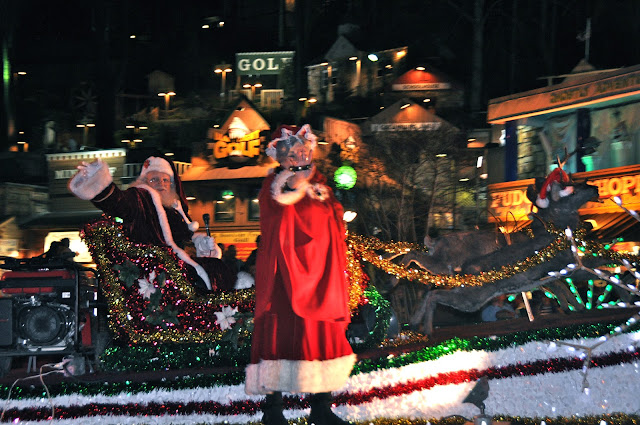 And there was even the sheriff of Hazard County chasing the Duke brothers down the main thoroughfare.

But there was one thing not making an appearance -- snow. 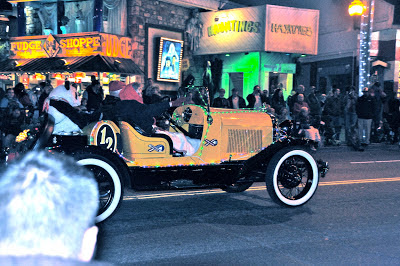 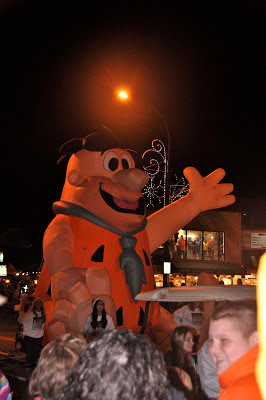 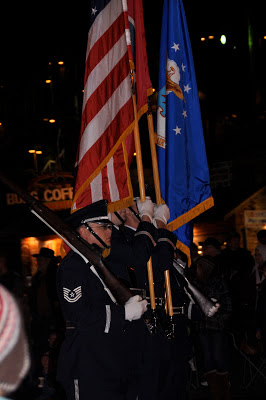 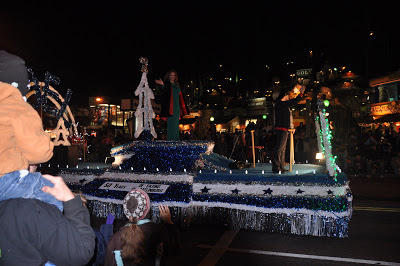 The parade was held the night of Dec. 7, and as anticipated there were thousands lining the route along the Parkway with the parade starting around 7:30 p.m. and lasting almost two hours.

The temperatures weren't as we had expected. The cold hovered in the high 40s for most of the parade which was fairly comfortable.

This was the first time we had visited for the holiday event and thoroughly enjoyed the festivities. Earlier in the afternoon, I traveled down the main thoroughfare and saw an interesting sight.

It was interesting to someone who hadn't seen the parade before. Along the sidewalks adjacent to the main thoroughfare, on both sides of the street, people had already staked out their spot for the parade by placing their folded up chairs end to end  from one end of the parade route to the other.

During the parade there was the typical noises provided by blasts from the firetrucks and sirens from police cars.

Musicians rode the floats, marching bands blared out Christmas songs and lights of all colors were strung along the floats and even the cars in the parade.

Following the parade, it was an easy walk back to our hotel just a block away. An hour or so later I looked out the window and saw that cars were bumper to bumper trying to get out of the city. 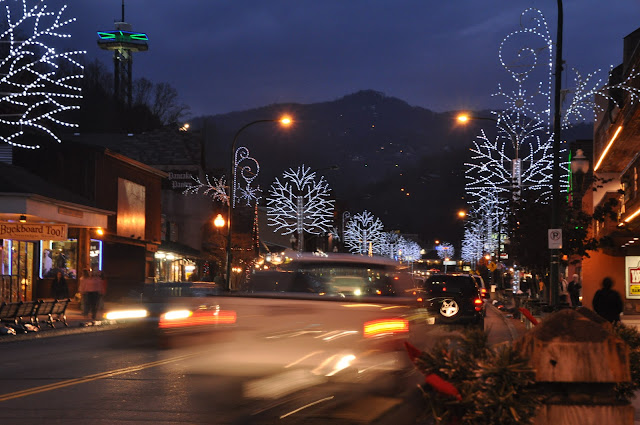