Bluffs reach for the sky in Utah 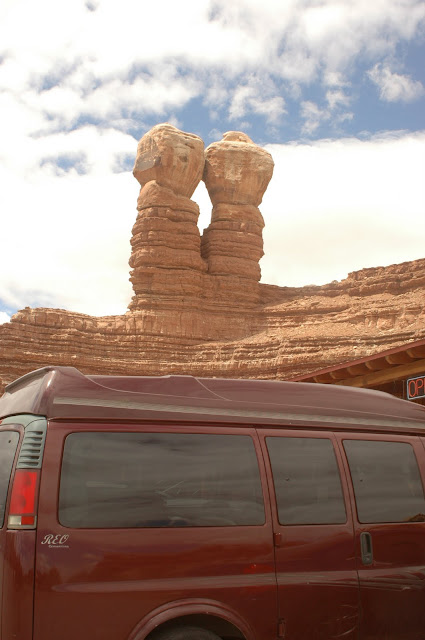 Bluff, Utah -- Where does it get its name? Well, just look around.
To the north of this western town are the magnificent and majestic sandstone bluffs that  jut some 300 or more feet into the northern sky. They run as far as the eye can see from the east to the west.
Two of the behemoths have their own moniker, the Twin Rocks. And sitting almost directly below them is the Twin Rocks Cafe.
The small, but historic town, sits along U.S. 191 in the San Juan River Valley. The Navajo Reservation borders the town and to the east lies farmland. 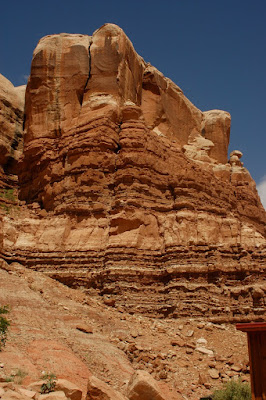 A visit to the area offers a panoramic view of the west from prehistoric times (1300 A.D.) when two tribes (Baket makers and Cliff Dwellers of the Anasazi culture) inhabited the area, to nomadic tribes of Paiutes, Utes and Navajos in the late 1500s.
Then there were explorers and pioneer groups and eventually the founding of the city in 1880 by the expedition of Mormon pioneers who attempted to establish a farming community. 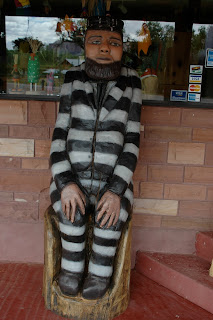 Through the years the area saw its share of mining ventures in coal, oil and uranium along with the challenges of cattle ranching and farming.
The Bluff web site also describes the area as  an active center for artists and crafts people.

A short visit to the area for my wife Linda and I included a stop at the Twin Rocks Cafe and the Barton Cabin, which is all that remains of the original Bluff fort built upon the arrival of pioneers in 1880.
And then there was our trek into the surrounding countryside to the west of town in search of hieroglyphics. We were told of a place to park our vehicle and to head into the arroyo and follow it to the hill that we had to climb. 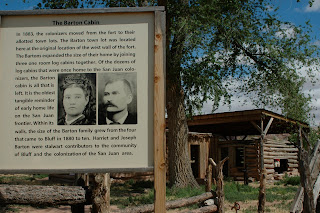 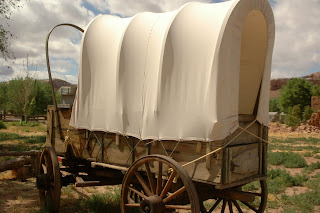 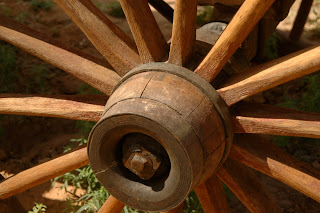 Pictures above of the Barton cabin area
Directionally challenge, our trek took us in a roundabout way to our final destination  that offered the cliff drawings. But then again, we wouldn't have wanted to have it any other way. The path and its ensuing beauty was spectacular.
Looking back, I think I didn't give the expedition its due. I feel like I didn't enjoy the moment enough.
Factors included the time element of the daylight growing short, our needing to head to the Grand Canyon and trying to find a site to camp.
We sort of rushed through the magnificent countryside, not sitting down to fully take in the time and place.
Then there is, possibly, the next time.

But there are always the pictures
Posted by walter at 9:03 PM