San Lorenzo, a market for the senses

A trip to any city for my wife (Linda) and I includes a visit to the city market.
When visiting Florence on a 10-day trip to Italy, we managed to happen onto the central market, the San Lorenzo Mercato Centrale, which was located near our hotel, the Hotel Machiavelli Palace.
One has to enjoy the Piazza dell Mercato with its myriad of stalls selling a wide variety of leather goods, souvenirs and clothing. But then there is the market. 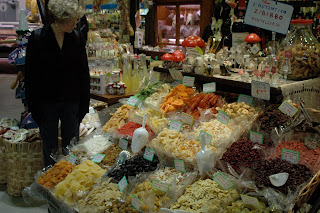 Numerous booths are scattered throughout the two-story structure which offers an enticing and hard to resist offering. There are seafood, cheeses, biscotti, salami, hog heads, wine, fruits and vegetables of a wide variety.
The central market was once the main shopping center in Florence for fresh foods but, as is typical with growing cities and populations, supermarkets sprang up and as more people had cars, the market became less important.Tourists and foreign immigrants, and a renewed interest in fresh, local foods have helped the market stay busy. 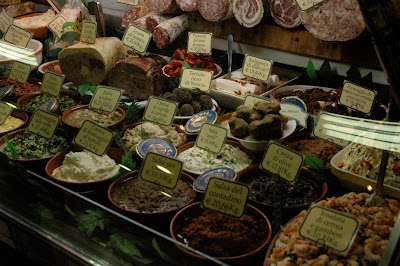 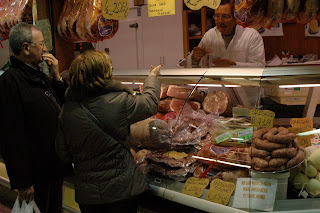 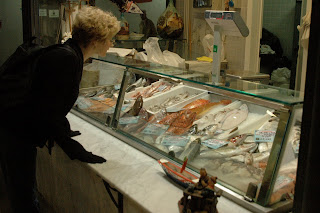 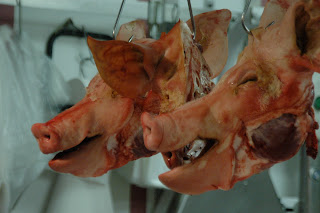 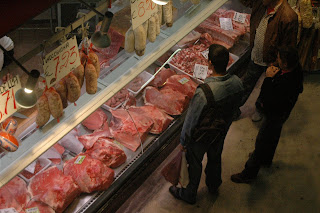 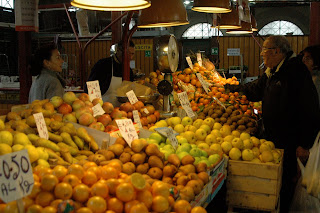 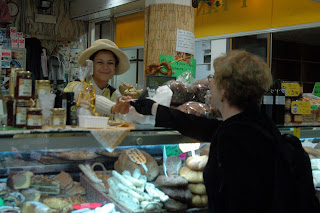 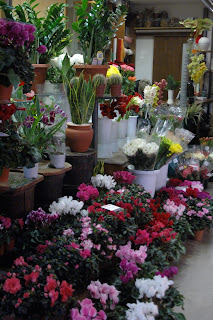