I love the Great Smoky Mountains.
Why else would we go there not only once a year, but sometimes as many as three times. And this has been going on for more than 30 years. 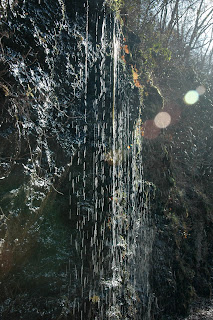 We like to camp -- Elkmont Campground is our favorite. It is located up in the mountains about six miles outside of Gatlinburg, on the Tennessee side.
And then again, sometimes, on a quick trip to the area, we forego the camping and opt for a motel room.

(Photos left and immediately below taken on Little River Road between Gatlinburg and Townsend at different exposures to show effect on dripping water.)
Our basic plan is usually to camp in July. That's when, about two or three months ahead of time, we reserve a campsite, usually for a week.


Years earlier, we would stay at Elkmont for three nights and then head over the mountains to Smokemont Campground, which is about six miles from Cherokee on the North Carolina side. We would usually spend three nights there and be able to get back home to Mississippi in one long hard day. 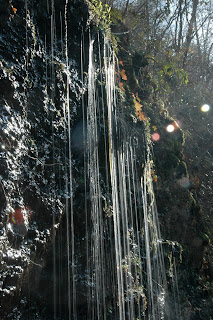 Over the past 10 years we've added another routine which is going to Boone, NC to snow ski. And of course, we have to go a little out of our way to end up going through Cherokee and Gatlinburg.


Back when we first started going to the mountains, the highway from just north of Atlanta to Cherokee was mainly two lanes of traffic. Now, there is only about a four mile stretch that isn't four-laned. It is much faster.

But sometimes we turn off and take Historic US 441 which meanders through a number of small and quaint towns.


Lately we've been going in the spring, this year at Easter break. We stayed in a Gatlinburg motel for the duration, and at a price of under $40 per night which we thought was pretty good.


The motel was located on Airport Road less than a mile from the main drag, Some of the reviews on the Internet weren't too complimentary. But we decided to bite the bullet.


It turned out to be a good move. The first night, there was a little bit of extra noise because of a convention of young people in town. But the rest of the week was pretty quite. Our third floor room had a panoramic view of the downtown area and the mountain ridge to the west.


The temperatures started out on the coolish side for both day and night and then warmed up a little later in the week.


None-the-less, the trip was an enjoyable escape with two or thee days for photo safaris for my wife Linda and myself. She likes taking pictures of flowers. I attempt to do scenics and get some motion into river shots although I did add a few flowers to my portfolio.


That was our first trip of the year.


Our second trip is set for early July. We already have reservations at Elkmont.


And then the third trip. We haven't decided on a definite timeframe, but there's always Thanksgiving or Christmas holidays.
The big U-turn on US 441 near the Chimneys picnic  area 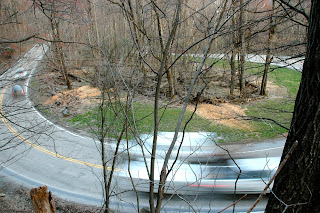 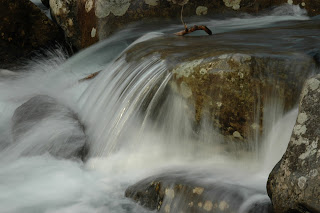 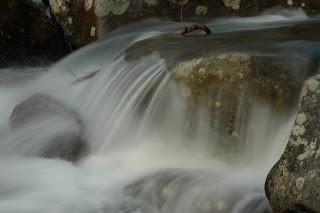 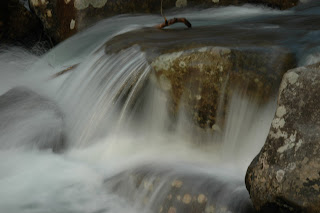 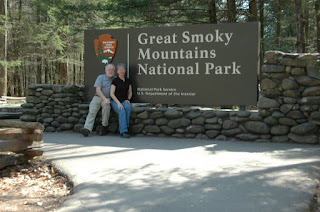 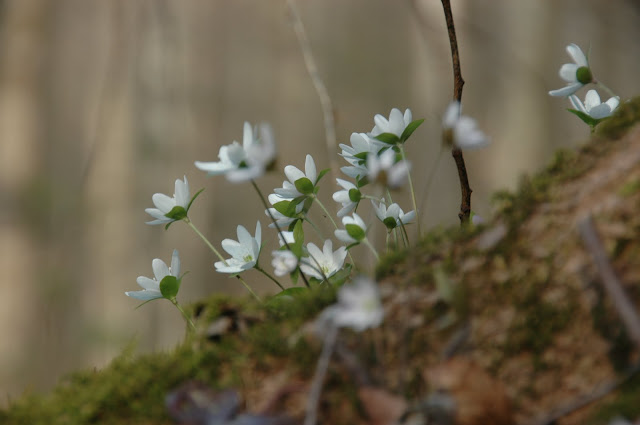 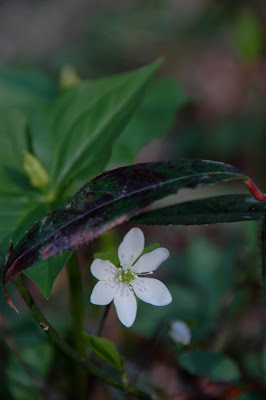 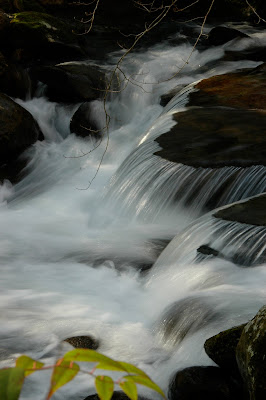