When the weather’s fine, one can see forever from the top of Cheaha Mountain where the Cheaha State Park Resort is located.

After all, it is the highest point in the state of Alabama at 2,407 feet above sea level.

But sometimes, one can’t see very far at all.

And that it what happened to my wife and I on our two overnight stays at the resort, one about eight years ago and the other this past Sunday.

Both times it rained, but later cleared.

On Sunday night, it didn’t just rain, it poured. And from the vantage point of the Cheaha Resort restaurant, we could see lightning popping just outside the windows. And the sound from the thunder matched the lightning in its own way.

My wife and I checked in earlier in the day, and later in the afternoon headed over to the restaurant for supper, just before the big event.

There was an ebb and flow of clouds and overcast skies.

And then all of a sudden, you know what broke loose.

The waitress moved our table a few feet farther away from the windows. She said normally, the curtains by the windows are pulled down in order to protect guests in case of heavy winds and shattering glass.

It wasn’t that bad. Well, there wasn’t any shattering glass. The pyrotechnics were great and the lights inside the restaurant, on a number of occasions, dimmed and then came back up to full strength.

At one point, the rain was so heavy, one couldn’t see more than just past the edge of the walkway just outside the restaurant.

The rain broke, the skies cleared a little and we enjoyed our meal and were able to get back to our room before another downpour. 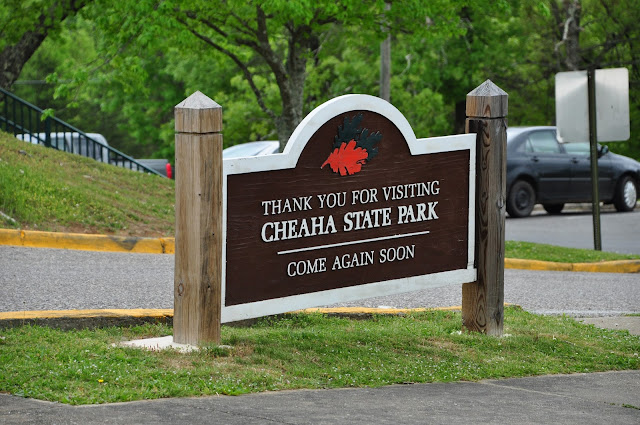 The resort itself sports motel-like rooms, cabins, a campground and a campstore.

We like it because of the elevation, and it is a good stopover on the way to or back from seeing relatives in Georgia.