Make those plans now, and get moving

It is February 1, 2011.
One-twelfh of the year has already passed. We didn't make any overnight trips during January.
It was cold.
It was rainy.
Other things came up.
We were on our way toward the Smoky Mountains, again, then decided to not go any farther than Cheaha State Park in central Alabama near Talladega.
We didn't even make it that far -- we u-turned just north of Montgomery.  It was just a long Sunday drive of more than 300 miles. We were back in our own beds that night.
Another time we headed out to Orange Beach to spend the night. That didn't materialize either.
January has seemingly been a downer for me over the past decade or so. For some reason, my mind turns to the Internal Revenue Service and the matter of trying to figure out if I have to pay any additional taxes.
And of course, there is also the hangover from Christmas, no not the alcoholic type, but recovering from all the activities and spending.
We were able to cover our purchases, so that wasn't a problem. It was just a feeling that we should not spend any more right away and try to get a handle on what we want to really do during this year.
We are already talking about a snow-skiing trip to Sugar Mountain outside of Boone, NC. 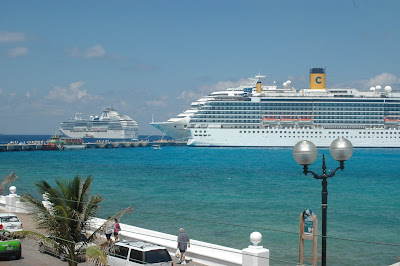 And we're contemplating another cruise. We found out that a cruise from Mobile included stops in Jamaica and the Grand Caymans. Those would be new destinations for us and continue our journey of adding at least one new country each year.
We haven't been in a new country since an April, 2007 cruise into the Caribbean. So we are not holding to our plans.
I am getting another inkling to go back to the West Coast and San Francisco. 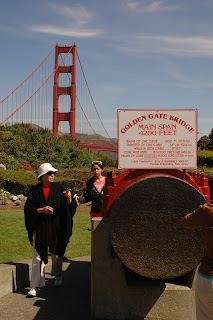 A 2008 road trip has satisfied until now, but I always want to go back. Maybe it will happen this year.
We have already booked a week of camping in the Smoky Mountains and look forward to another "reunion" type event with our two sons, their spouses and six grandkids, not to mention additional relatives.
And then, there is the thought of going somewhere in Europe again. My wifey wants to do London. I want to include a northern Europe cruise which would also take us to a few more new countries.
So many places to see. So many places to go.
Isn't it great!
Next post: February 8, 2011
Posted by walter at 11:26 AM