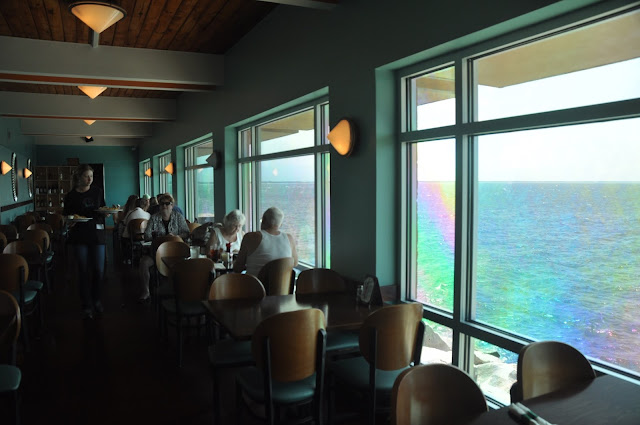 My wife and I scratched another itch this past summer on a rerun of the Chesapeake Bay Bridge-Tunnel in Virginia.

On a previous trip, we failed to stop at the Chesapeake Grill for a meal, but decided if we ever returned, that was one of the things we wanted to do.

Why? I really don't know.

A wedding brought up back to the area, so we decided to give it a try.

Maybe it was because of the location, that being on a bridge-tunnel highway that was so unusual.

Maybe it was for the expanse of water one could view from the tables along the wall of windows.

Maybe it was wanting to just sit there, trying to feel how it would be to experience gale-force winds howling across the open expanse of water with waves kicking up over the highway. 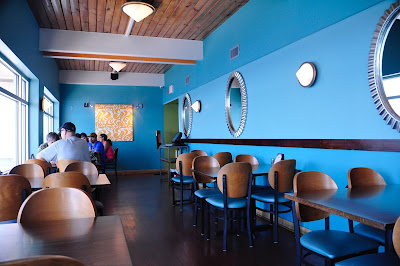 We survived the July day, as waters were fairly calm, the sun was shining brightly and there were a few boats skimming over the waters and a few tankers waiting to get into Chesapeake Bay. 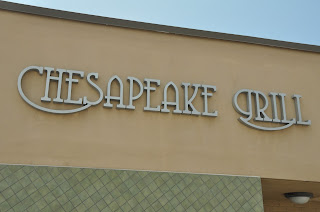 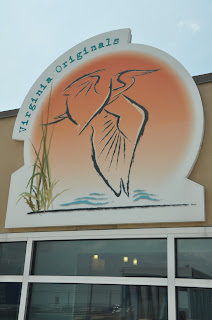 The cost of the food is incidental since one has to pay about $15 alone to just get on the bridge. But I was willing. 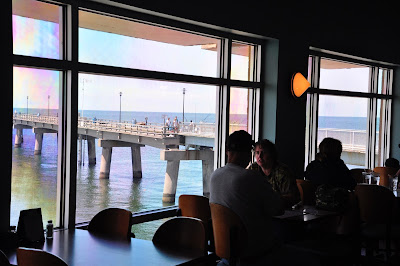 My wife and I enjoyed the outing and decided that the expansive “water view” across the bay and fishing bridge was exceptional.