Twists and turns, and then River's End 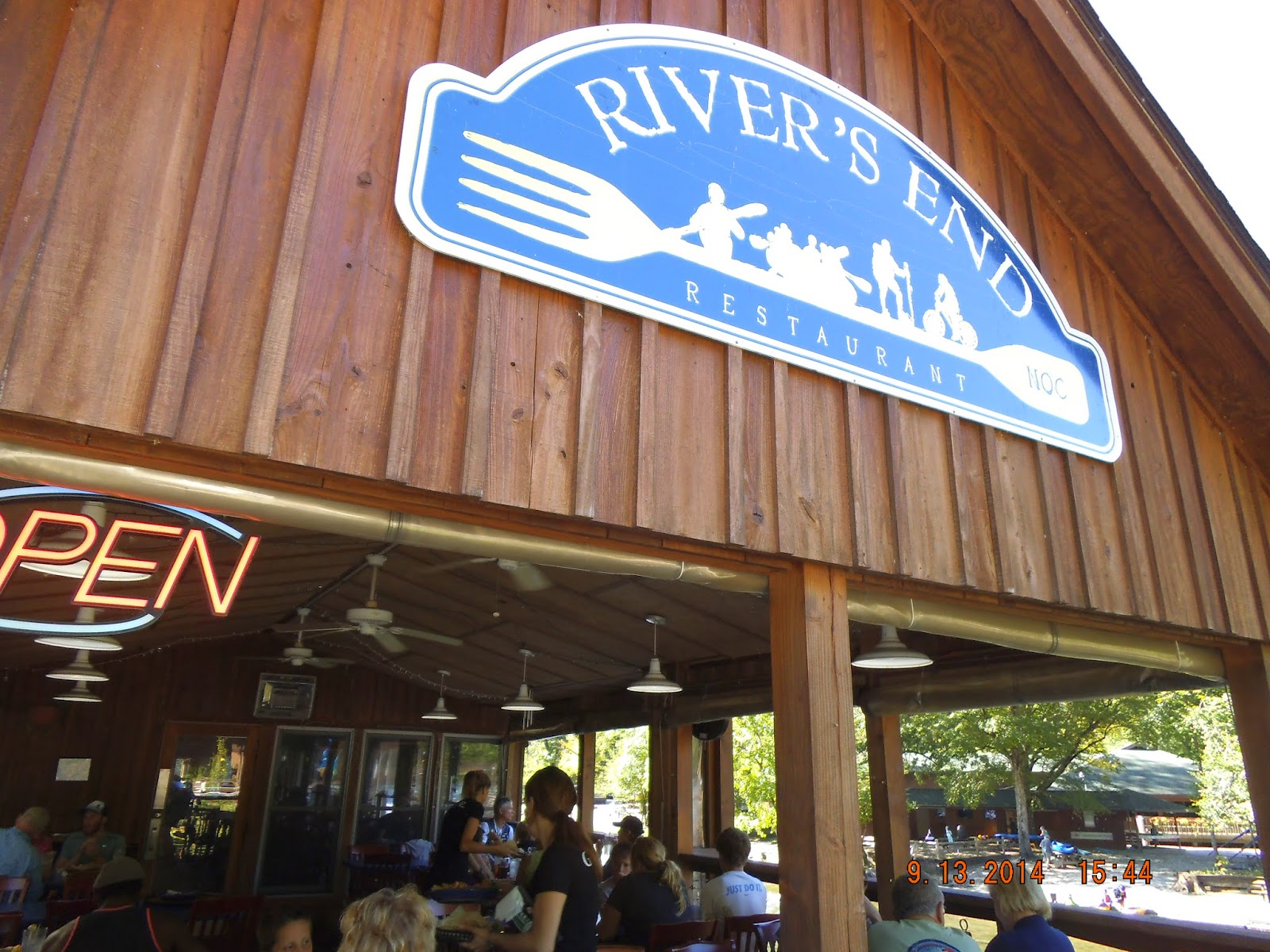 On a previous trip through the Nantahala River Gorge in western North Carolina, wifey and I spied a restaurant sitting on the river’s edge.

We decided on the next trip through we would stop and get something to eat there.

And that’s what we did on our September jaunt to the Great Smoky Mountains National Park. 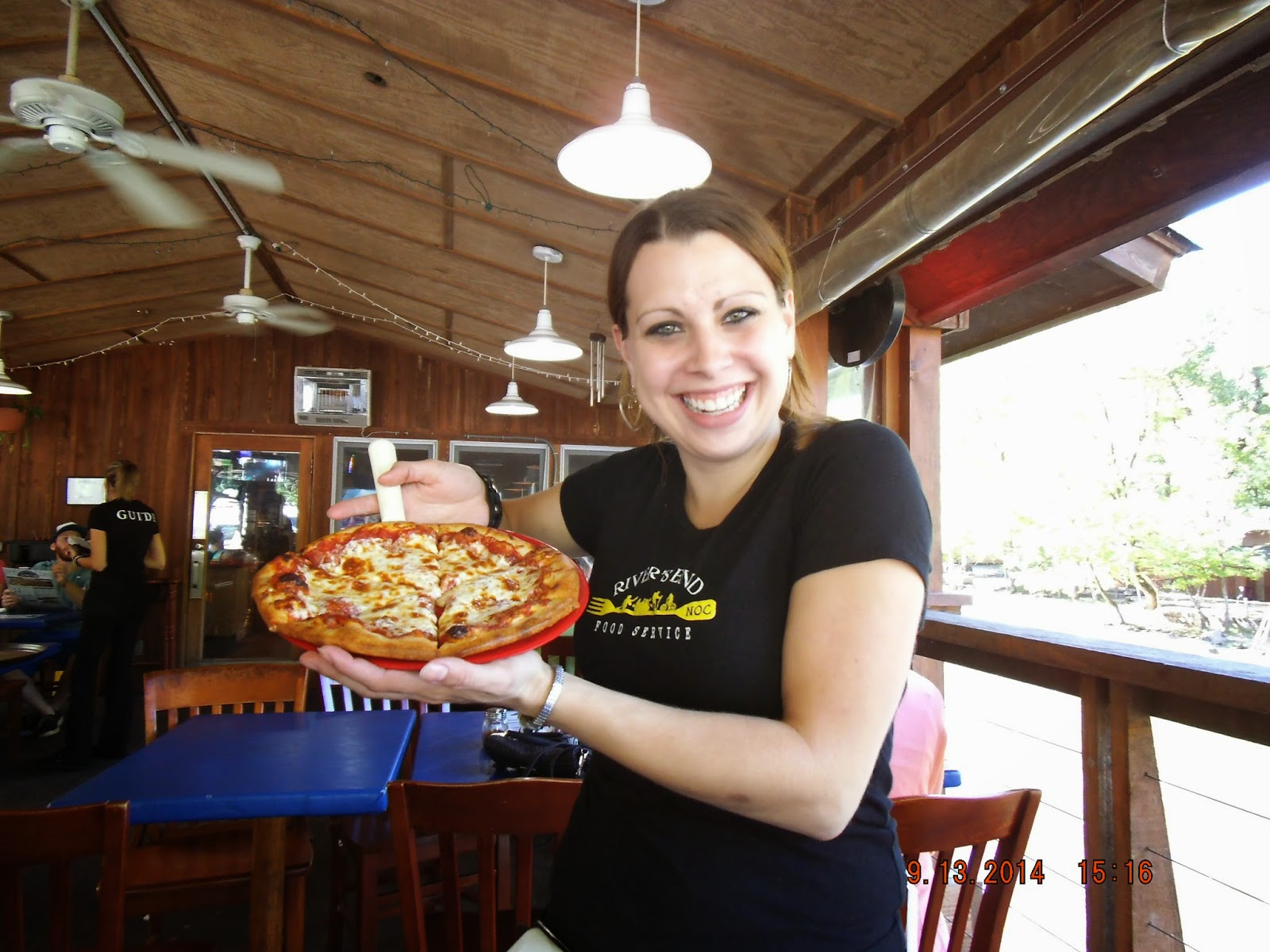 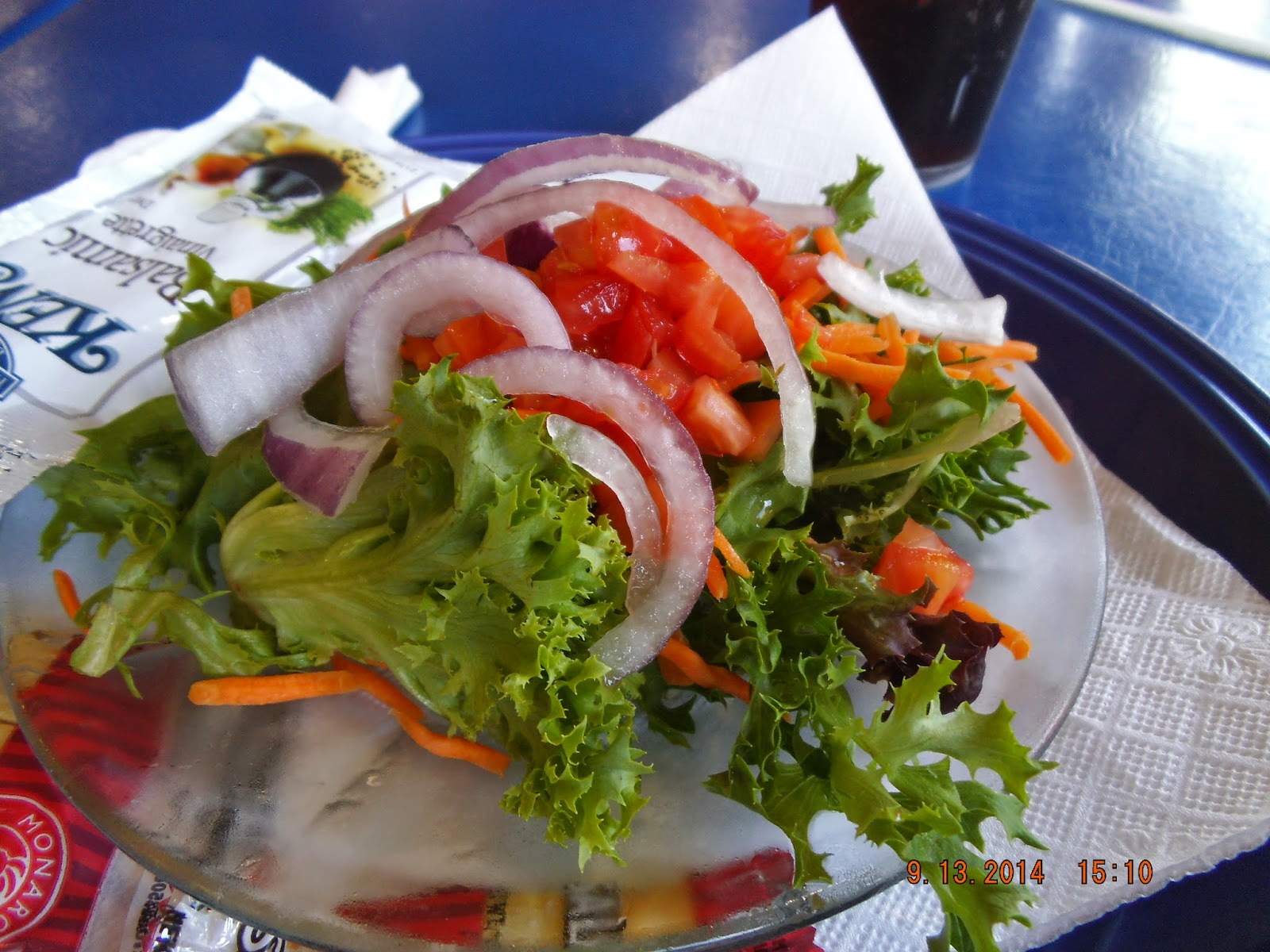 We were arriving a few days earlier than our son and his family and could afford to stop off and experience the eatery.

The River’s End offers a wide variety of foods and since wifey and I hadn’t had pizza for a number of day’s, that’s what we ordered. We both had a salad and Coke. 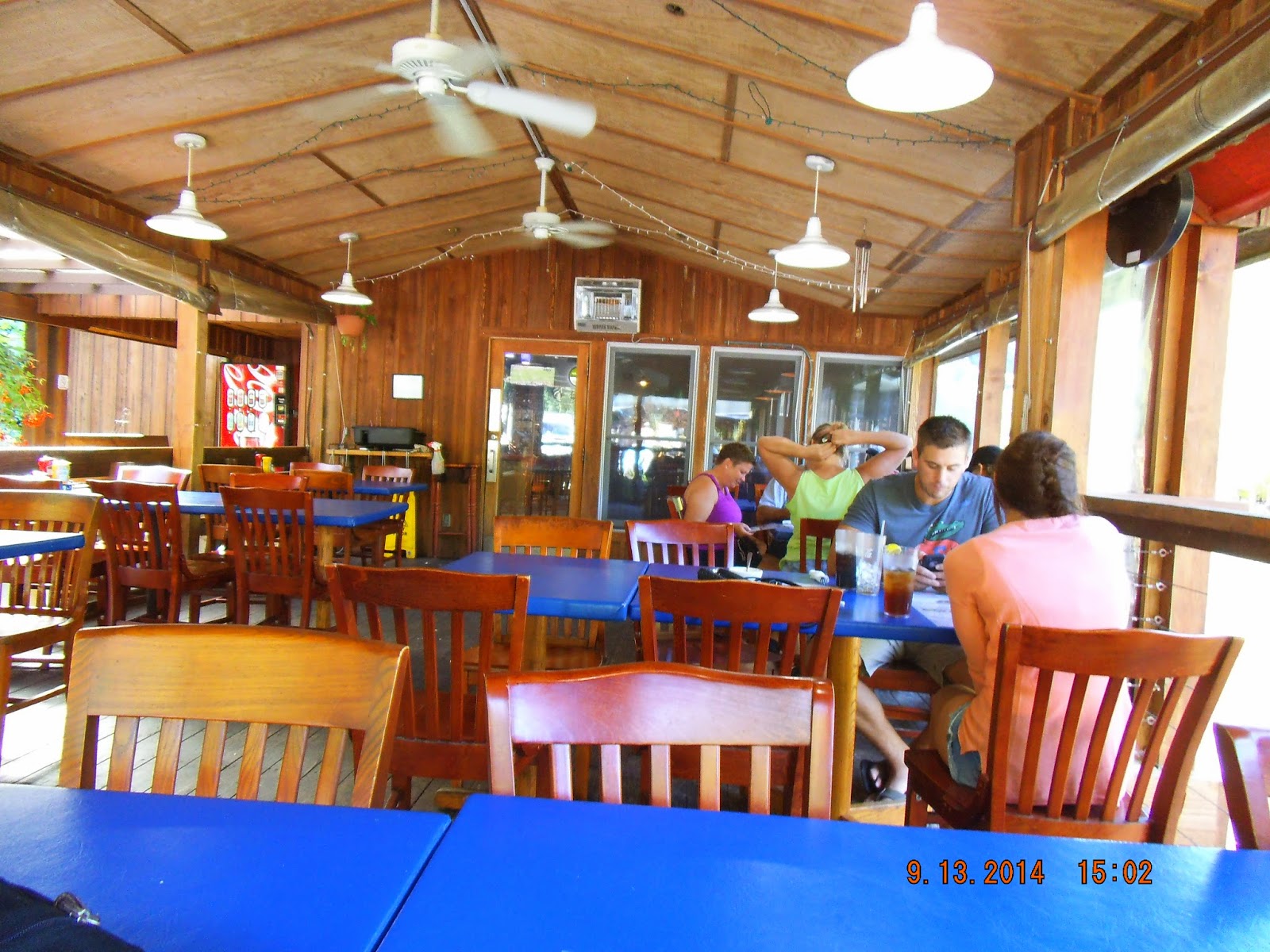 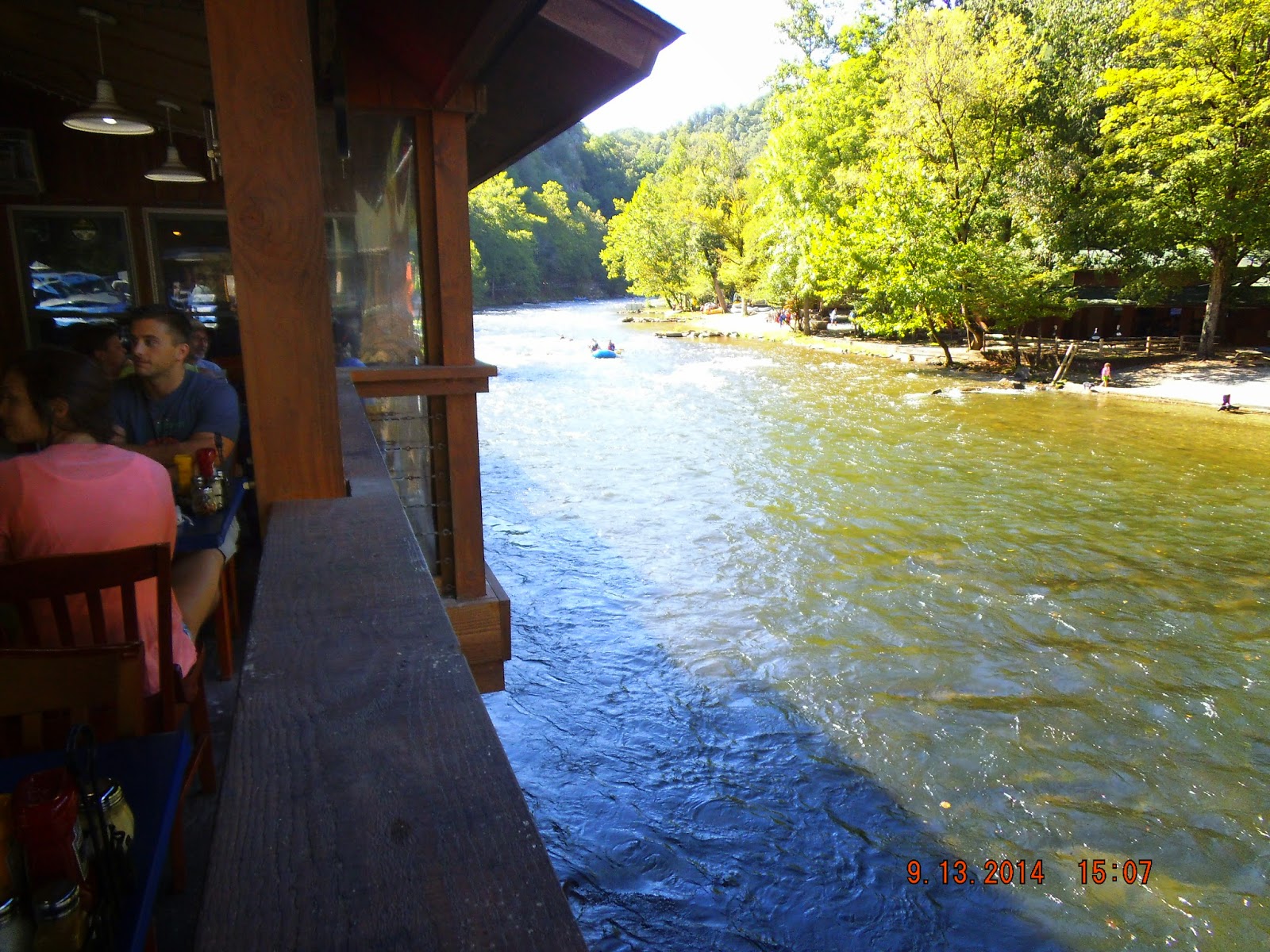 Not knowing what to expect, we were somewhat surprised. The pepperoni pizza (with the meat under the cheese) was delicious and the salads were exquisite. 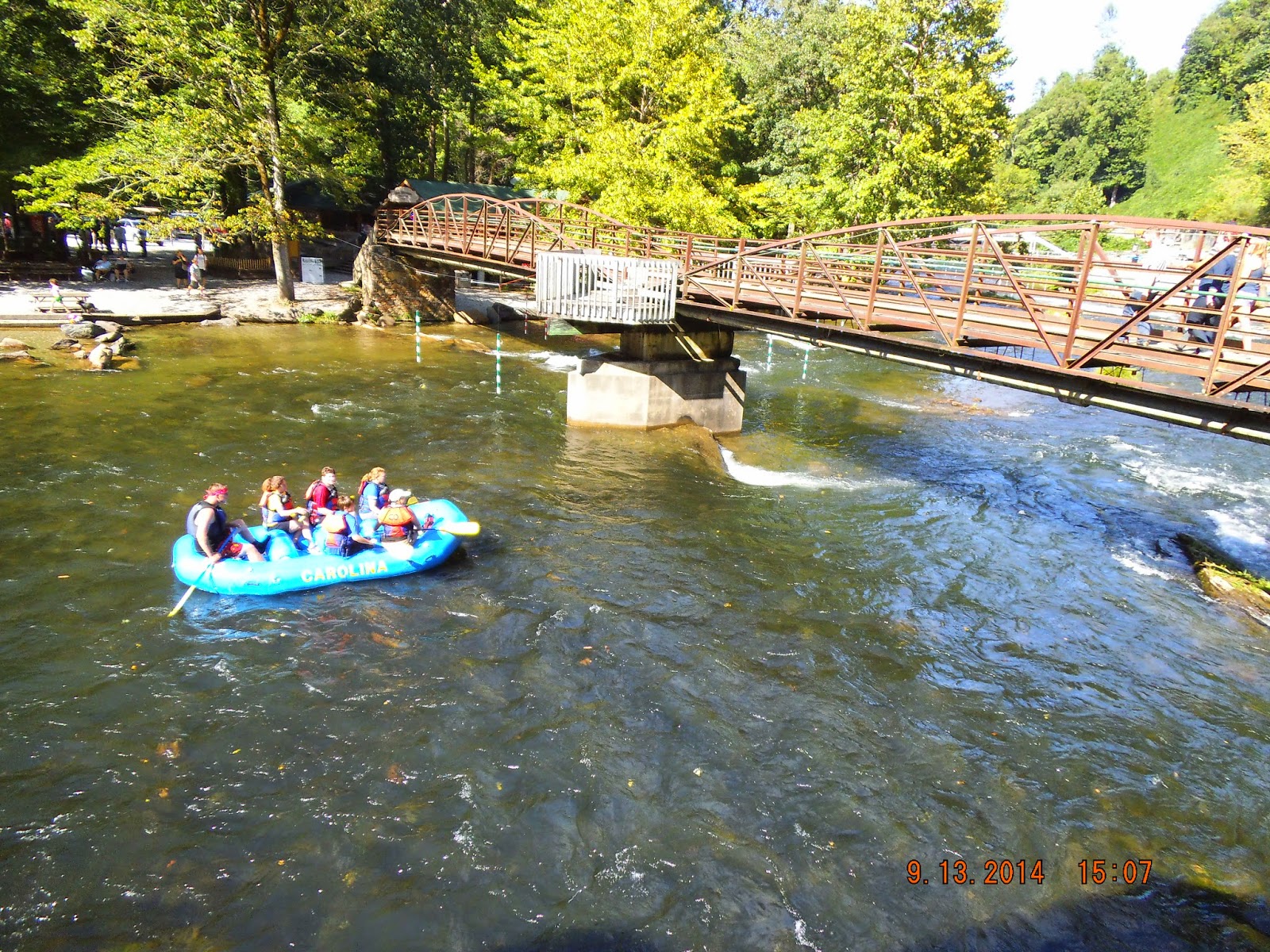 Although it was at the end of the season, there were still a few stalwarts making their way down the river on rafts.

Many years ago, like maybe 50, my parents told me of taking a wrong turn coming out of Cherokee and ended up going through the gorge on Highway 19. All they had were bad words for the area. I guess maybe it was because they may have been going through the area in late afternoon or night.

They said the road was winding, going up and down and all around.

And that’s true. But I guess during the 1960s, the road maybe wasn’t as wide and not too inviting.

We saw parts of the old road and understood their chagrin.

But we like the drive, and it’s become one of our favorites.

And the food at the River’s End is also enticing.