Carver's serves up apples and a lot more 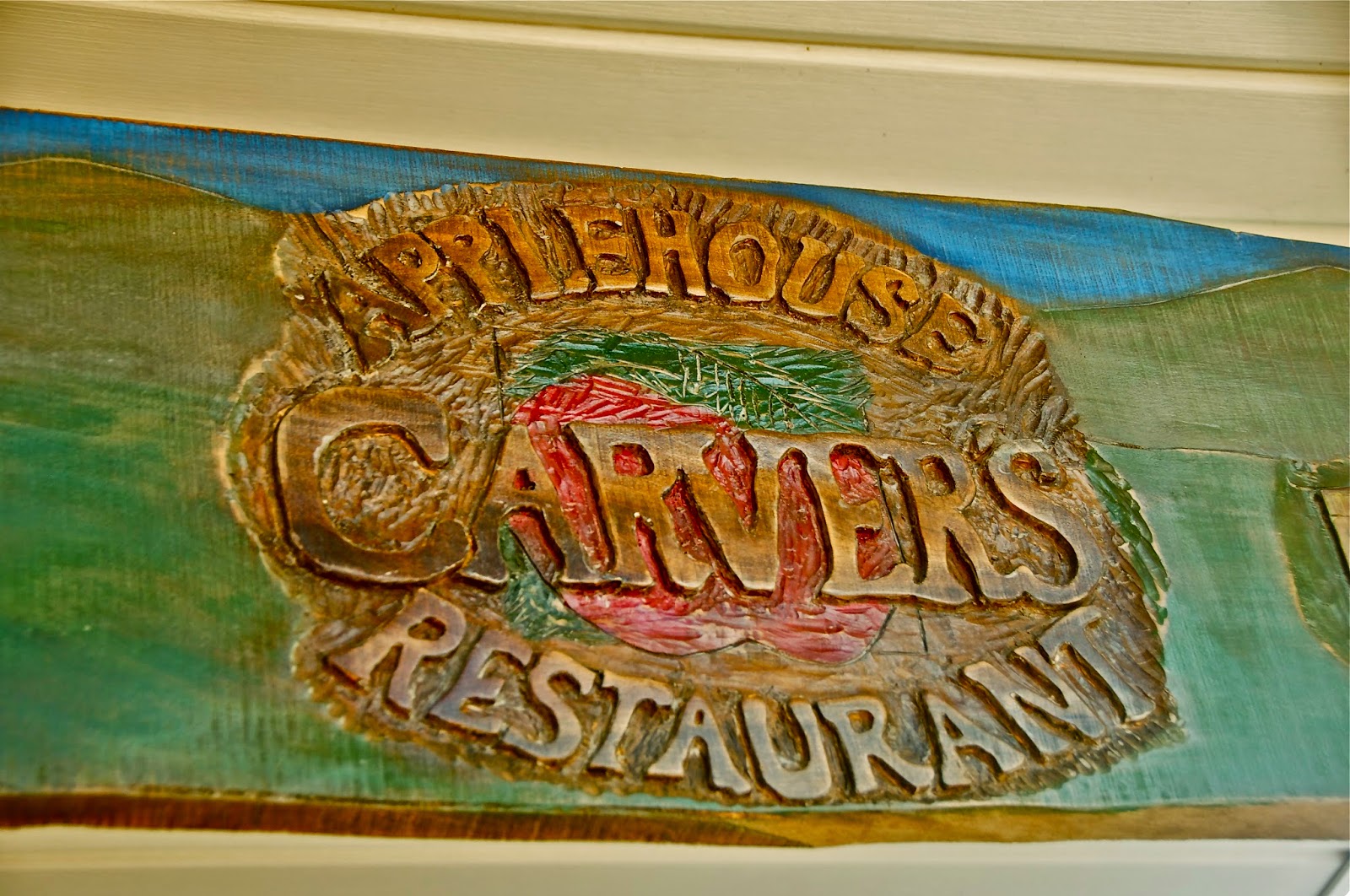 One would think of red, red, red when visiting a restaurant built in the middle of an apple orchard. 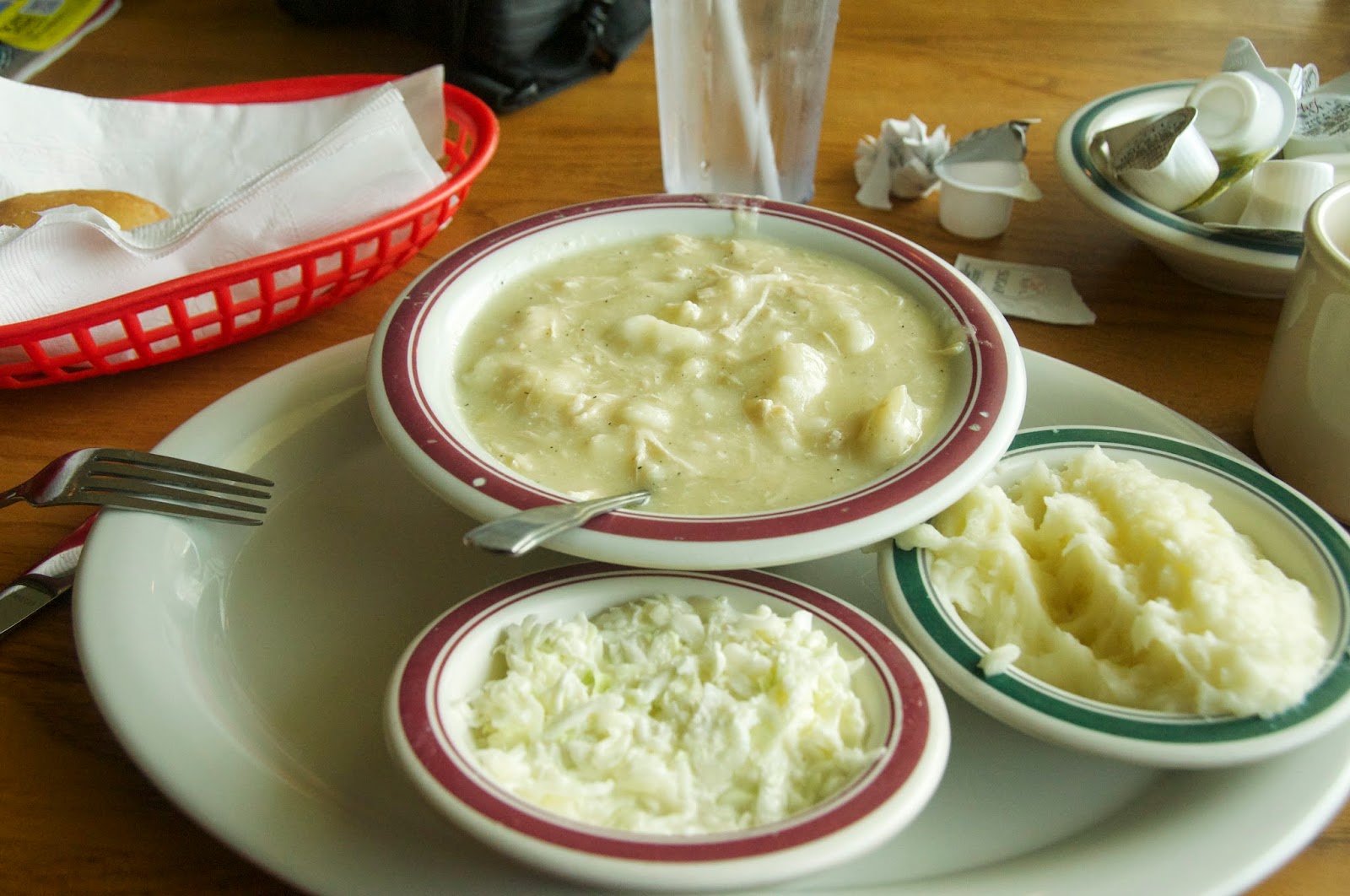 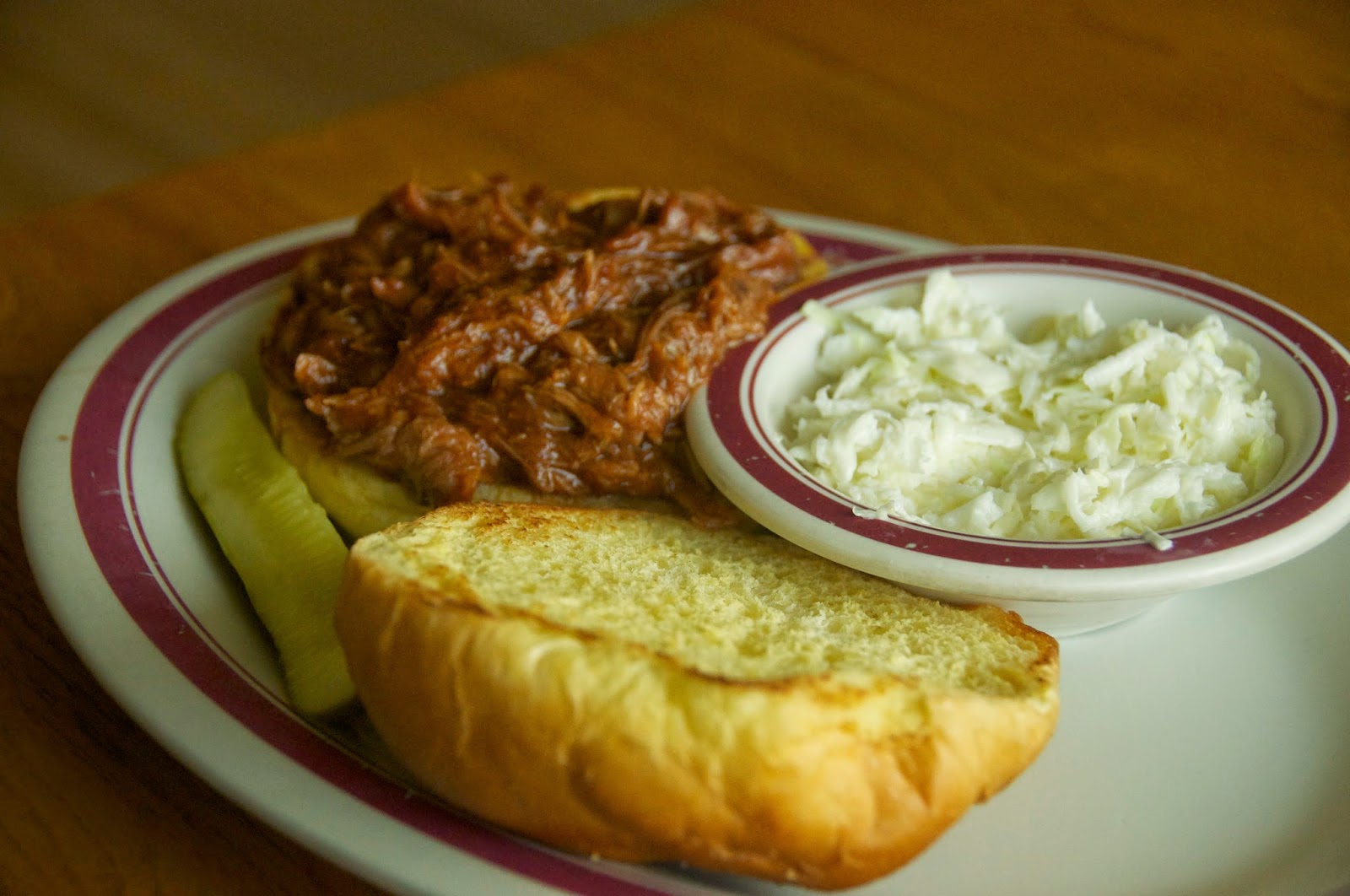 But it was good. Chicken and dumplings, coleslaw and mashed potatoes.

What can I say? I like those things and, at the time of ordering, I wasn’t thinking of being colored-coordinated correct.

I just wanted food. Wifey had a different little take on her order and managed to get a little contrast with some pulled pork. 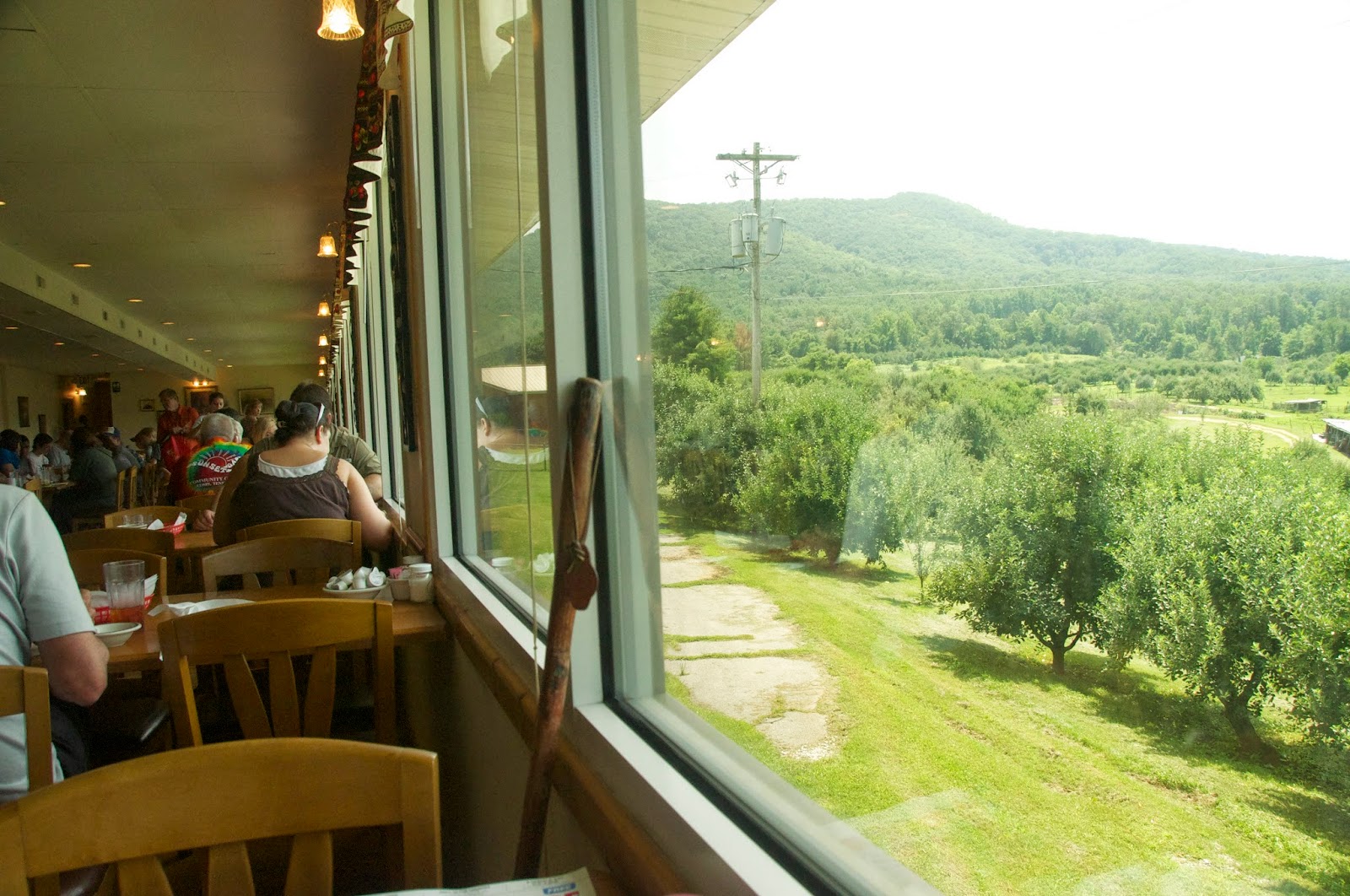 Well, the place all this happened was just north of Cosby, TN. It was a place named Carver’s Applehouse Restaurant.

And in spite of the lack of contrast in my meal, the food disappeared anyway. And I managed to add on an apple fritter which did add a bit of contrast. 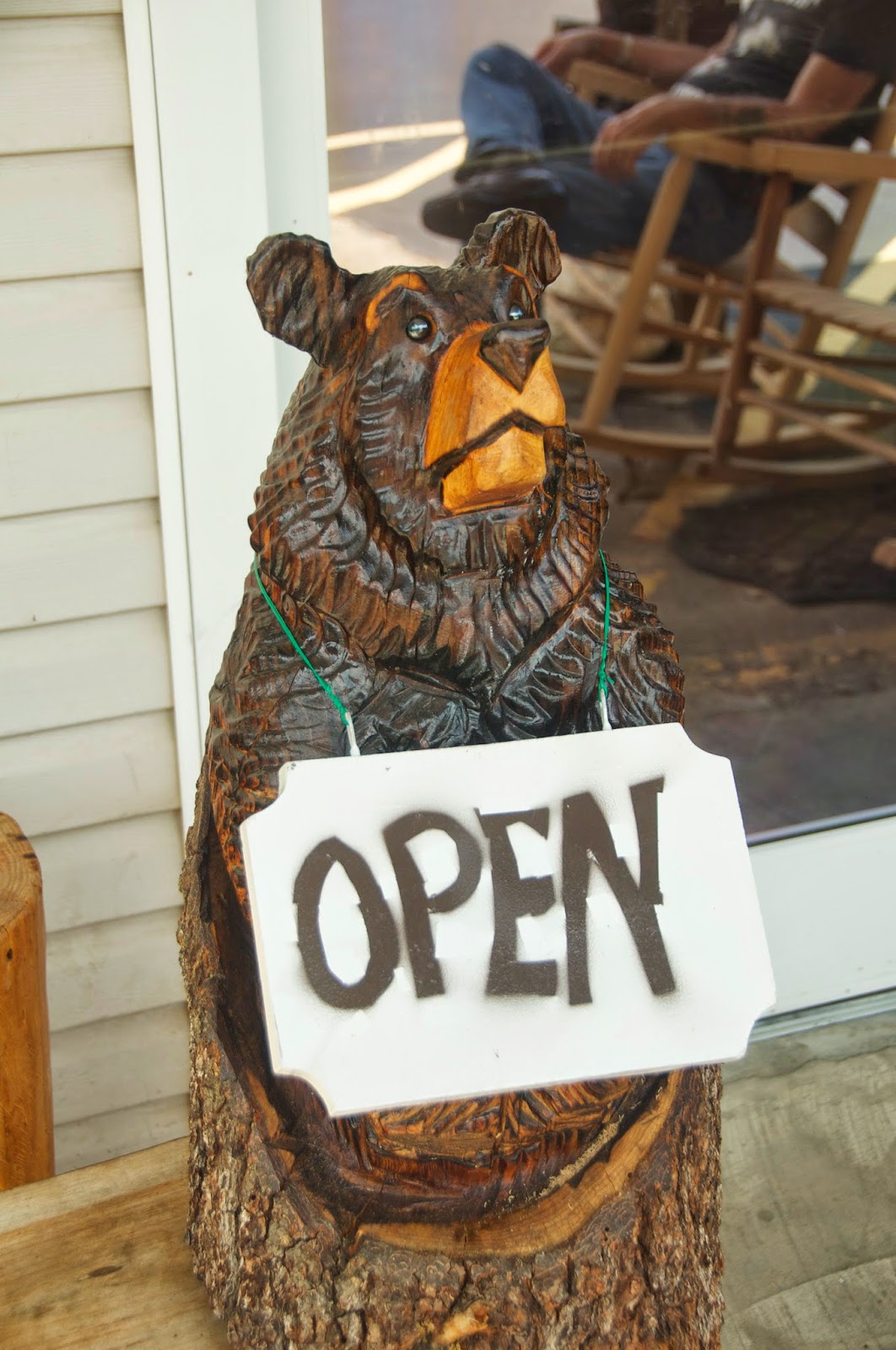 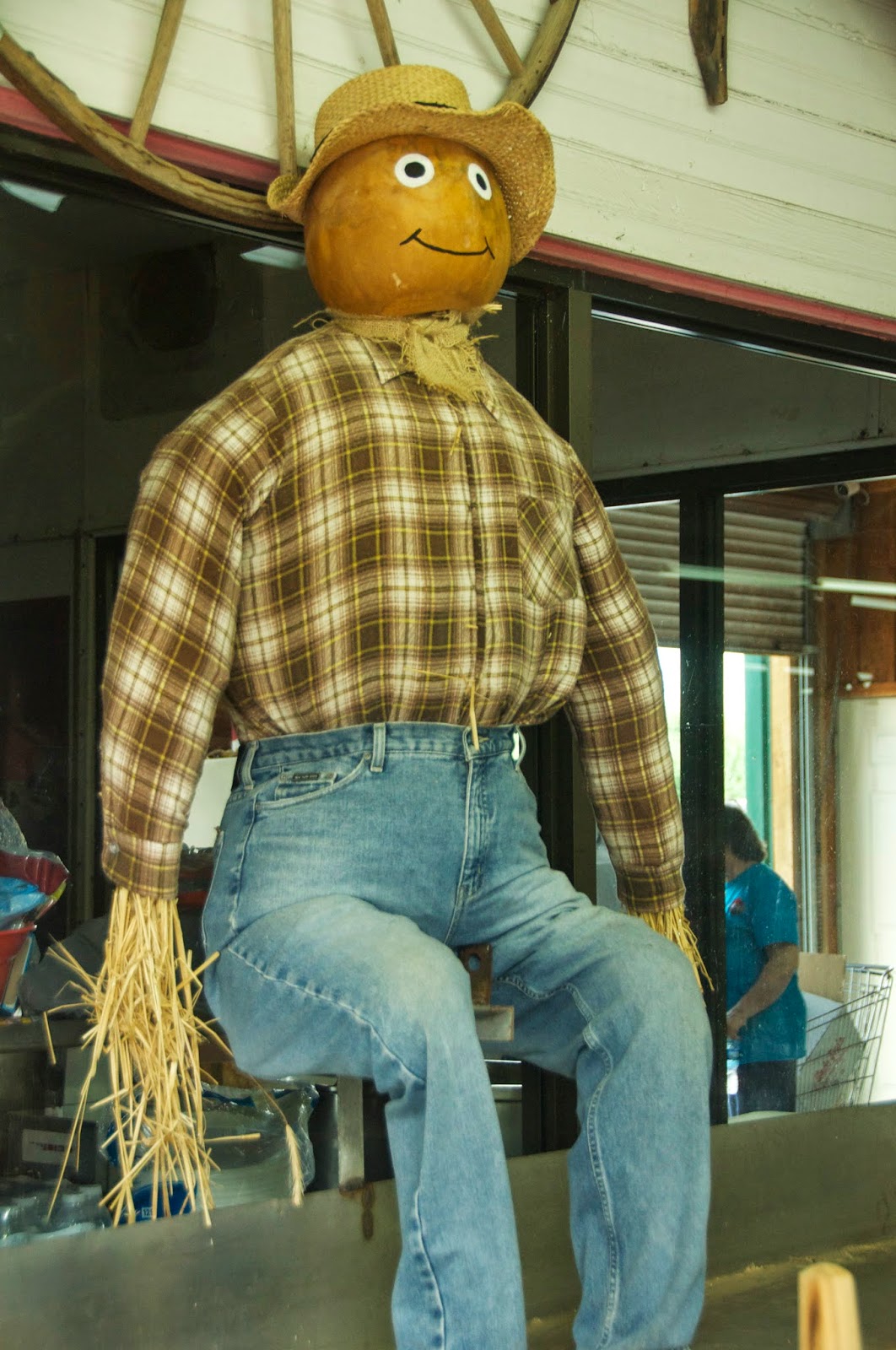 We had learned about this place from relatives and decided to give it a try. We enjoyed the excursion and meal. Cosby is about 15-20 miles east of Gatlinburg, TN on US 321 and the restaurant is about five miles north after hitting the intersection in Cosby. 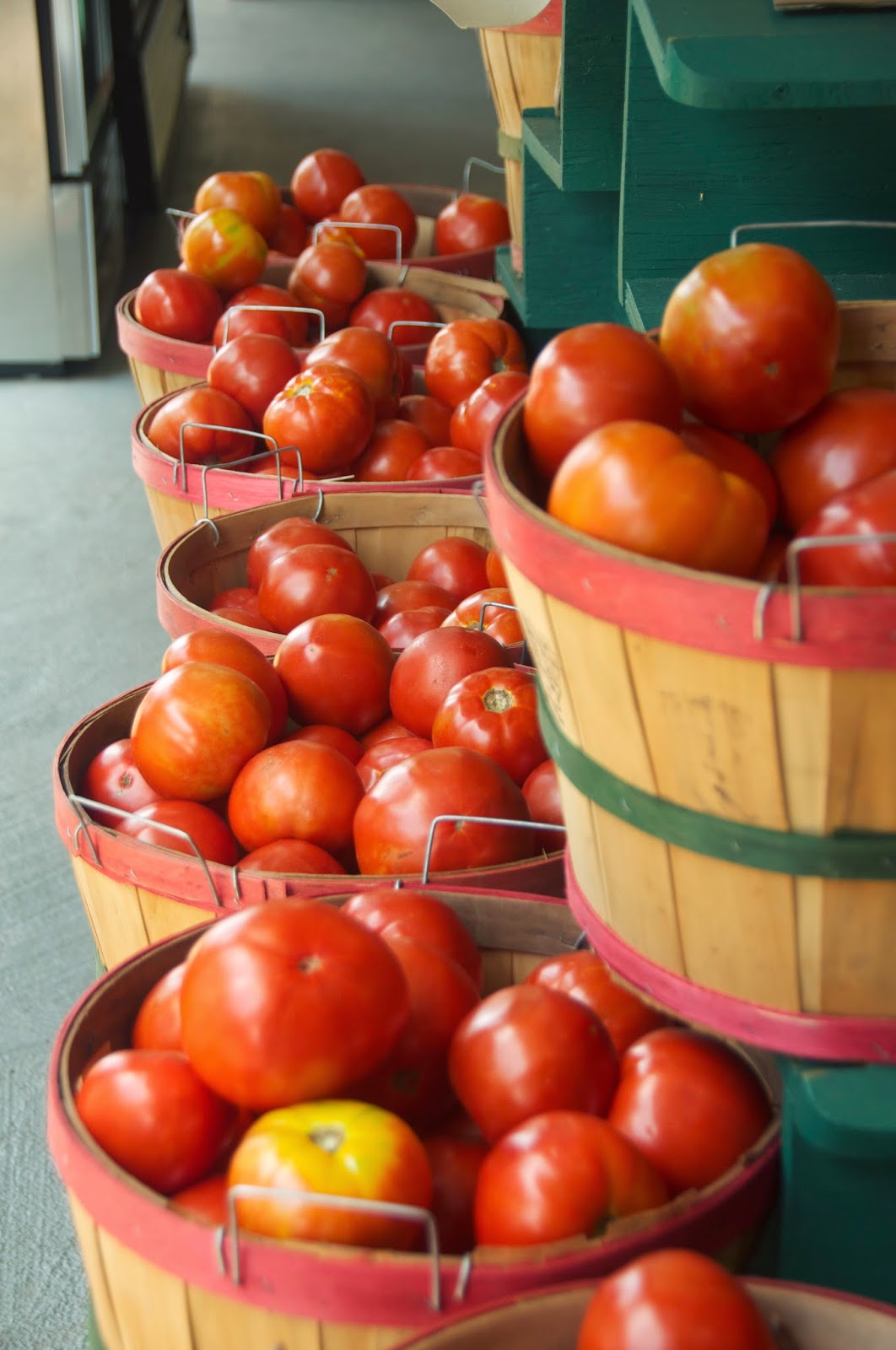 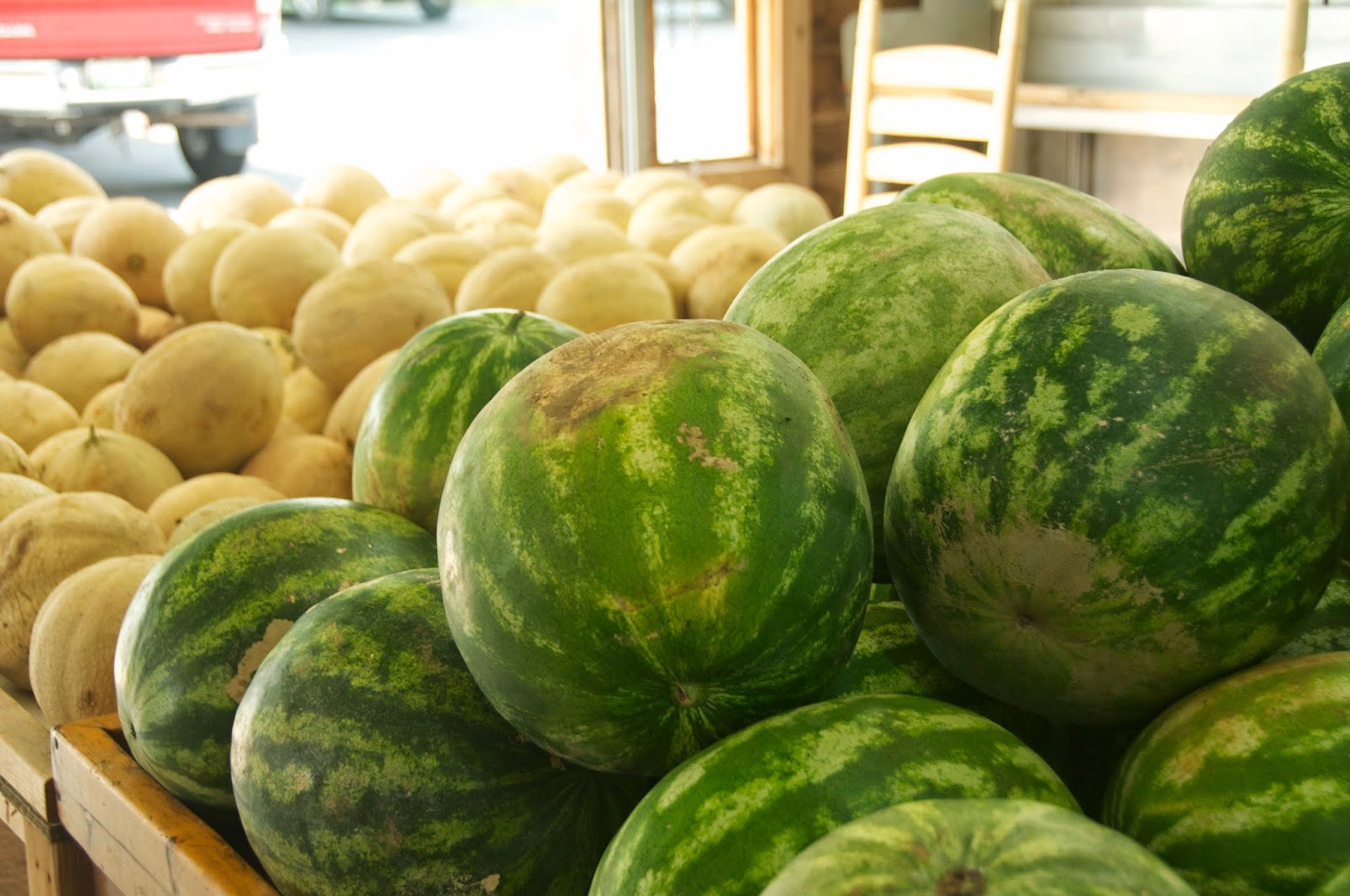 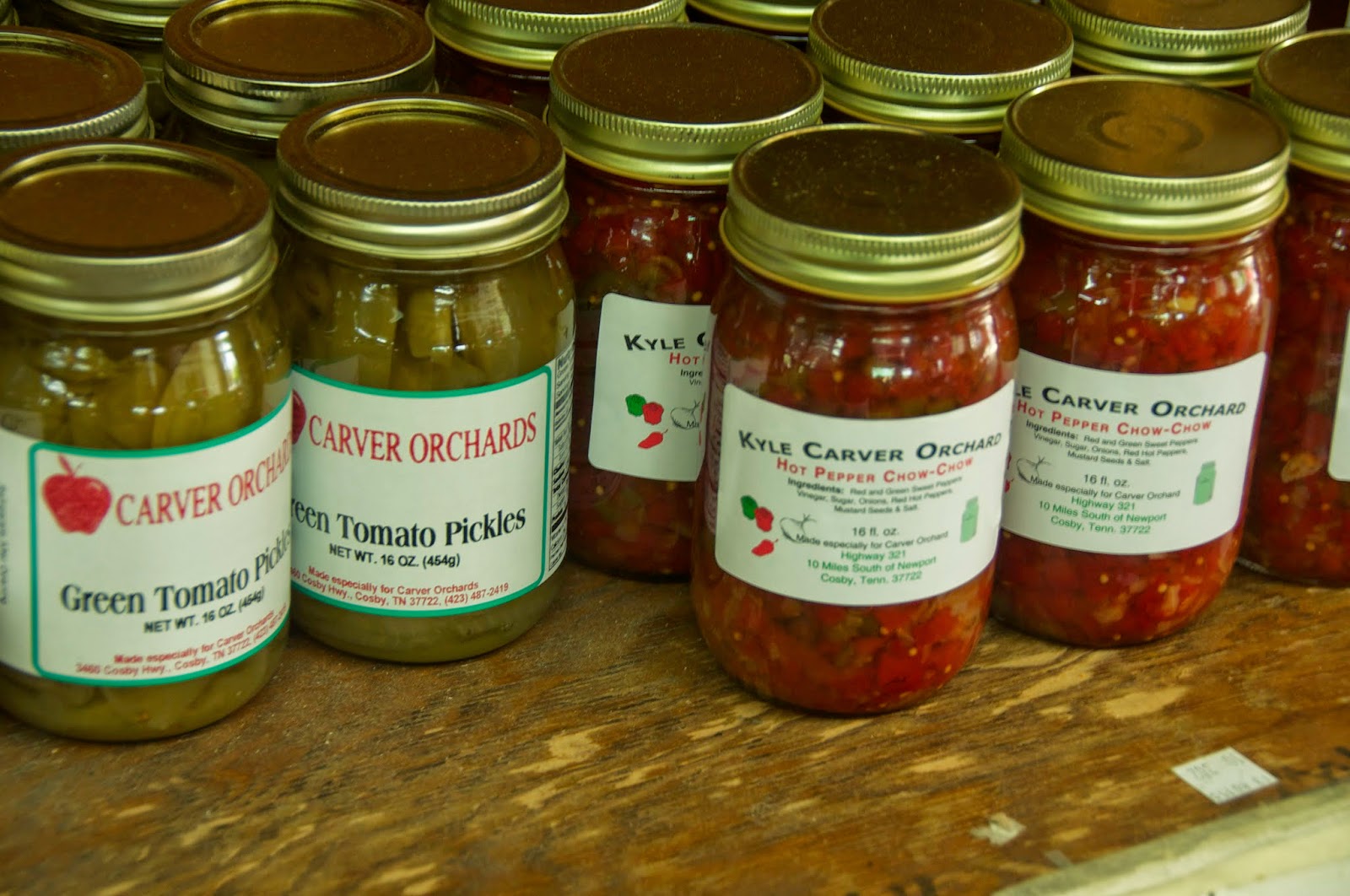 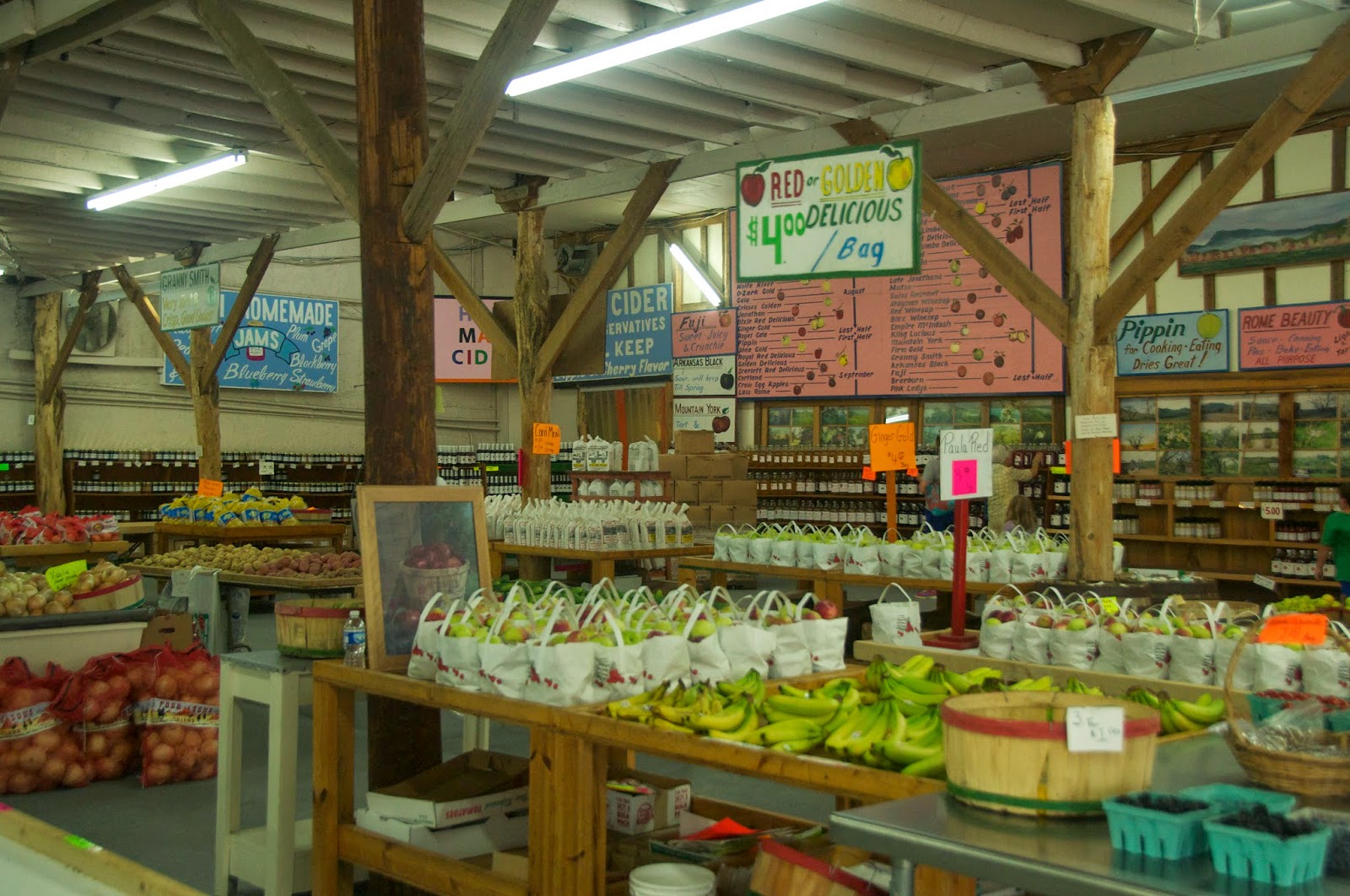 The restaurant sat on the top of a hill overlooking an apple orchard (of course). The business also had a produce market offering a wide variety of fruit including (of course) apples, watermelons, cantaloupe, tomatoes and an assortment of preserves. Across the way was a “Krafts and Kandy” store offering mountain crafts and homemade chocolates. 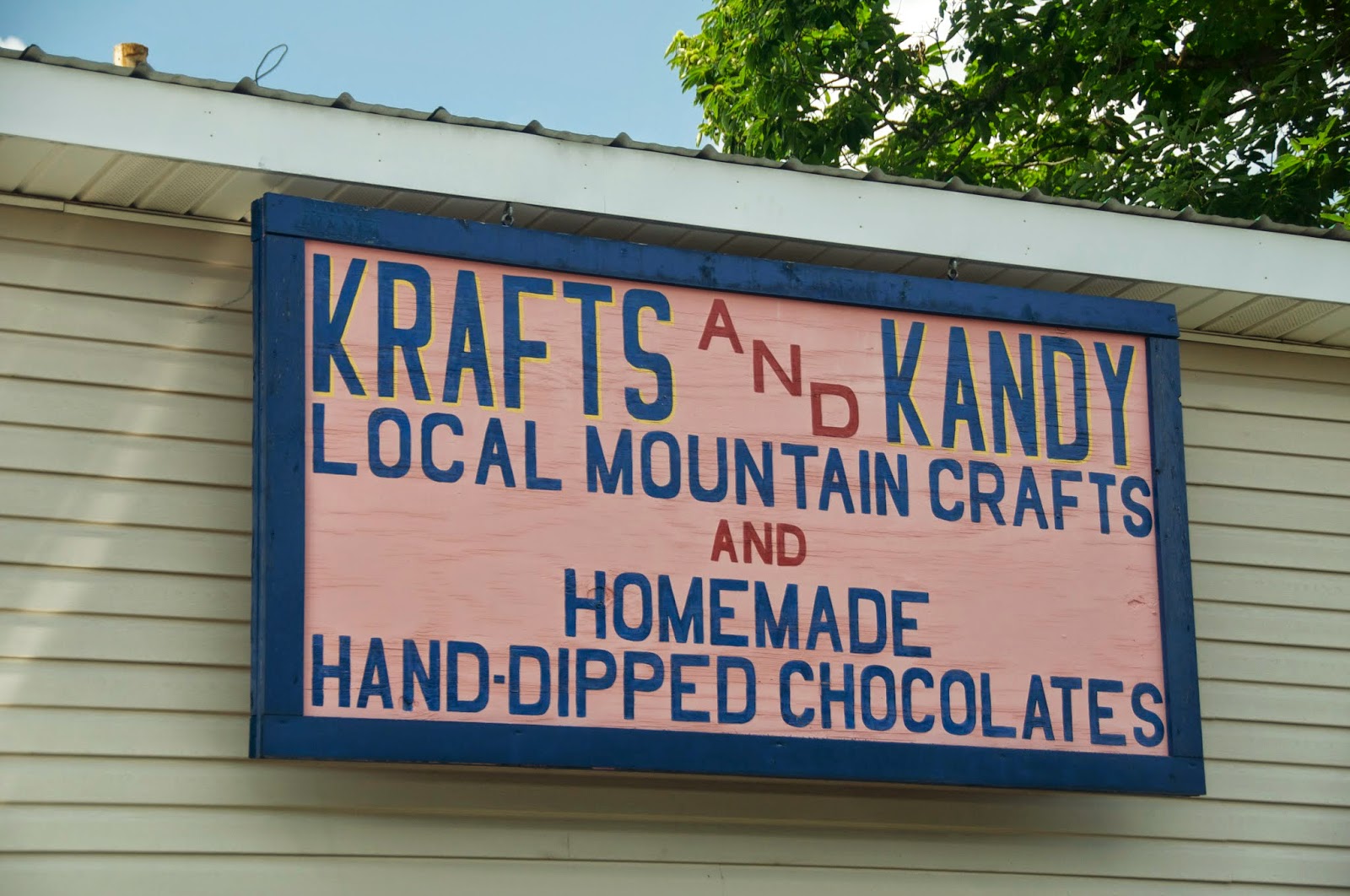 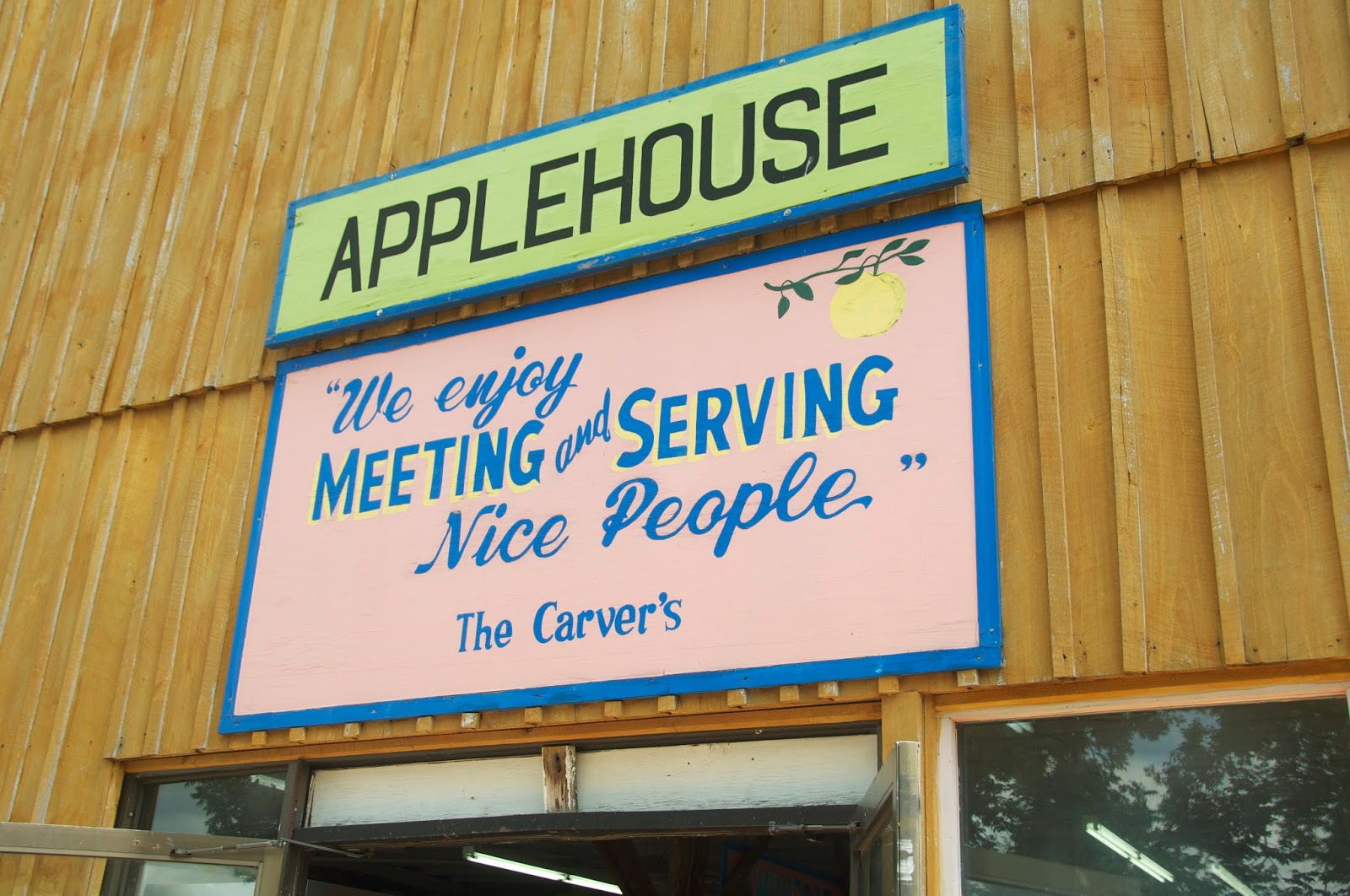 It was just a short visit, but it was real filling.