Tale of the Dragon, it's not: Thank goodness

I’ve heard about the Tale of the Dragon, a 11-mile drive that has 318 curves on US 129 along the North Carolina-Tennessee border. It is a well-known location for motorcycle enthusiasts who like to swerve a lot.

I don’t know if I’m cut out for that many switchbacks, but Tennessee Highway 32, to my estimation, has enough curves for me.

Over the course of several trips to the Cosby area, east of Gatlinburg, we sometimes decide to take the less traveledTN 32 to the south which leads to either the Cataloochee area of the Great Smoky Mountains National Park, or we take a left turn at Waterville Road and head over to Interstate 40.

TN 32 is a two-way paved road most of the way, but the last mile turns into a dirt road which I don’t know if I’d want to be on it during a rainstorm.

The first time we took the trip many years ago, we didn’t know exactly where it was going or where it would end. But, we ventured on none-the-less, just wifey and I.

Being a little hungry, at the Waterville Road turn, we headed east and found a place called “Mountain Moma.” No, I didn’t spell that wrong. I know, you’re thinking it should be “Mountain Momma.” Well, apparently there wasn’t enough room on the sign for that extra M.

We stopped off and I believe wifey and I got a hamburger and french fries along with a some tea and coffee. It wasn’t a busy place, mainly I guess, because it was in the middle of nowhere.

Waterville Road leads past a power plant on the Pigeon River before intersecting with the interstate.

Over the course of the next 30 years, we’d traveled back into the past, but we couldn’t find that restaurant again. On our jaunt last year, we asked a local native about the place. He remembered the restaurant and said the building was now being used for a school.

At the four-way stop where we turned left on Waterville Road, southbound TN 32 turns into Mount Sterling Road which eventually turns into National Park Road and continues on to Cataloochee.

On this particular trip we hit the interstate, went over to Waynesville and then headed back through Cherokee to Gatlinburg.

Traveling on the 20-something mile mountain road could be a white-knuckle drive if one was in a hurry. The road goes up and down the mountain with seemingly hundreds of back and forth turns to add to the excitement. 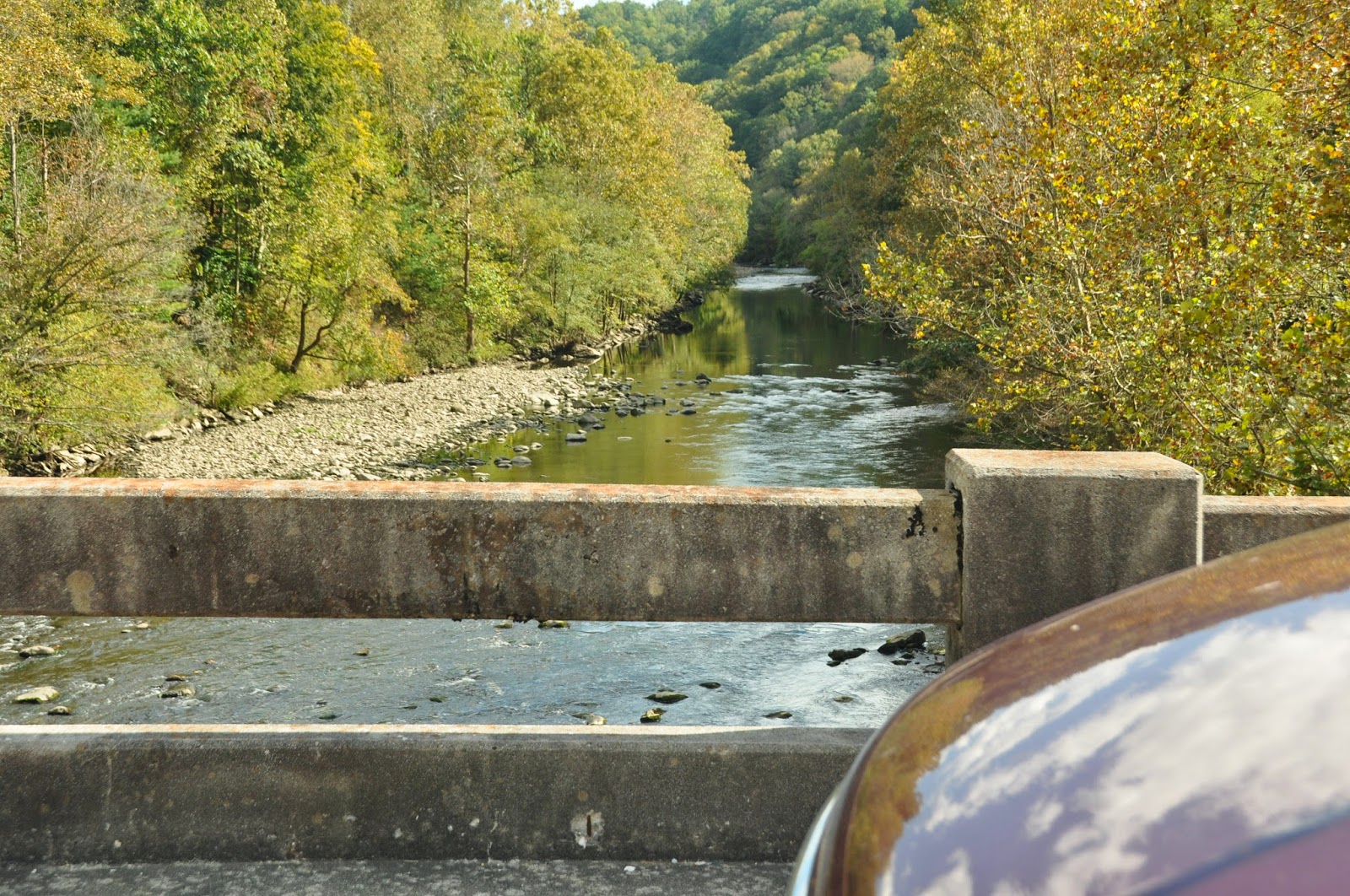 Crossing the Pigeon River
Posted by walter at 8:04 PM