Drive behind a waterfall! Really? 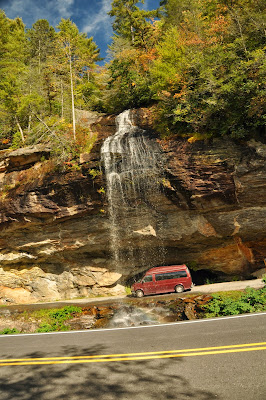 It isn't often when one can drive behind a waterfall.

But that's the opportunity that affords itself when looking for Bridal Veil Falls between Highlands and Franklin, NC on US 64. 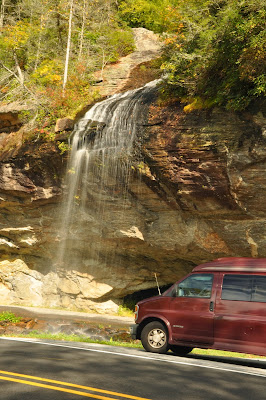 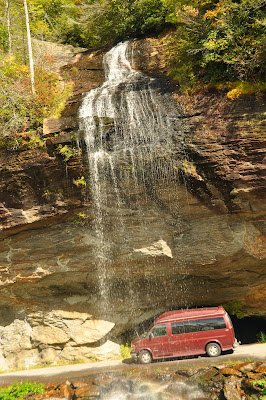 The experience can be enjoyed a little more than two miles from Highlands. Wifey and I were on a trip to Gatlinburg from our hometown in Mississippi and was informed that such a possibility existed.

Since we usually take US 441 through north Georgia, the detour was only about a half an hour away, although we did spend a little extra time driving through Highlands and getting the layout of the land.

We didn't know exactly what to expect, but none-the-less, the stop was enjoyable as we viewed and then drove under the 120-foot waterfall like thousands of others. 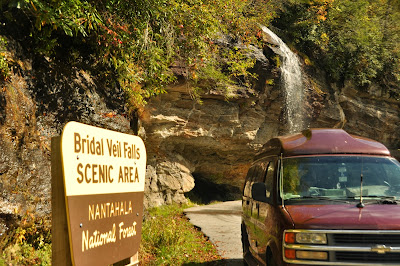 The road under the waterfall was the original part of the highway, but after problems with ice and such things, the decision was to have a safer journey, so the main highway was rerouted to in front of the waterfall.