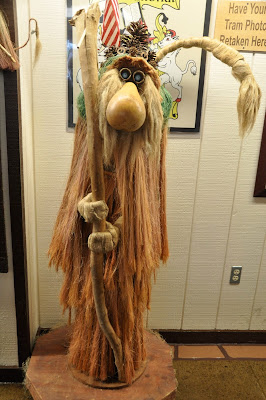 For the first time in about 20 years, wifey and I decided to drive up to Ober Gatlinburg on our May trip. We were going to take the tram but decided otherwise.

In years gone by, it seemed a gigantic effort for our vehicle at the time to make it to the top. 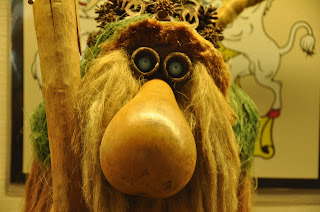 There was the steep grade, the switchbacks and the dangerous dropoffs that looked worse than they were. But then again, way back then, there wasn't a lot of vegetation growing on the "dangerous" side of the road which could help catch a runaway vehicle.

Heading south from Pigeon Forge, we took the bypass around Gatlinburg, planning on taking the road to the top from south side of town.

As luck would have it, halfway through the short trek, there was a sideroad and we decided to check it out. After a few intersections and turns, we were almost to the top. That was a real savings in time and traffic. 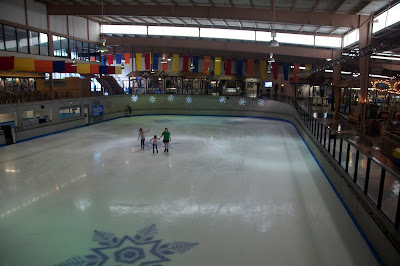 In May the crowds at Ober Gatlinburg aren't that great, but the ice skating rink was still open and doing a little bit of business.

Wifey shopped a few stores as we walked around the second floor perimeter of the facility. There was an interesting figure, a troll, keeping watch on everyone going by.

Years ago, at a younger age and with teen-agers in tow, we would go over to the Alpine Slide and have some fun. Now we're without kids and a little more safety conscious.

Maybe in a  year or two, our grandkids will get to enjoy the slide like their daddies did years ago.

Ober Gatlinburg was interesting, but not as entertaining as years  gone by. Or maybe, it wasn't them, but just us -- two old codgers on the slow track to the future.