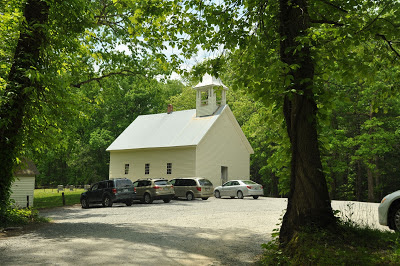 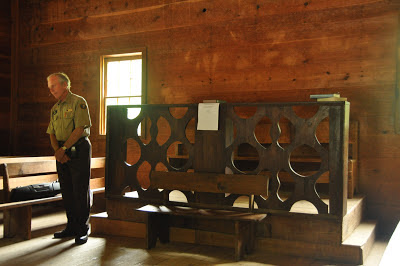 It shouldn't be amazing what one finds out when attending church.

Well, we weren't exactly attending "church church" on our visit to the Great Smoky Mountains National Park back in May.

We happened to be on our traditional drive through Cades Cove when we came upon a sign that there was going to be a ranger program at the Cades Cove Primitive Baptist Church. 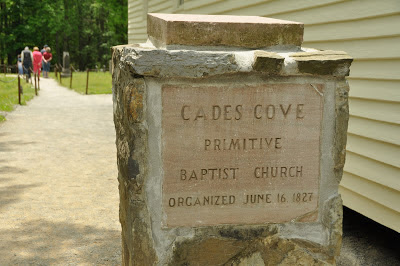 Wifey is a sucker for ranger programs, so we decided to make the side trip and find out what was going on.

The unusual story which we found out during the presentation was that one of the men buried in the church cemetery was apparently killed by a group of Confederate raiders which included his son. 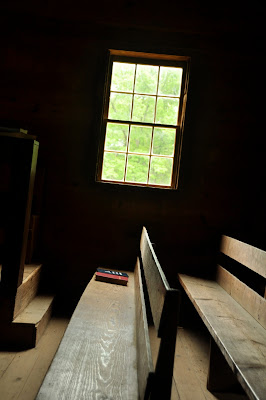 There are a number of stories circulating about the death of Russell Gregory. He was born in 1795 and died in 1864. His headstone in the cemetery, in part, reads "murdered by North Carolina Rebels." This was during the Civil War and his son apparently was part of those rebels. 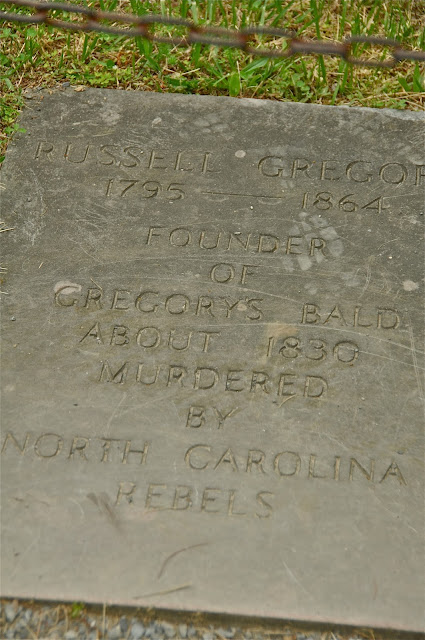 It seems that the cove residents were somewhat split about the Civil War with some siding with the Union and others with the Confederacy.

Thus the disparate stories about the death of Gregory.

During the presentation we also learned of the history of the church and the important part it played in the life of the people who lived in the cove.

We have visited the church and grounds numerous times, and now we know exactly what Gregory's headstone refers to.