San Francisco - a city in motion 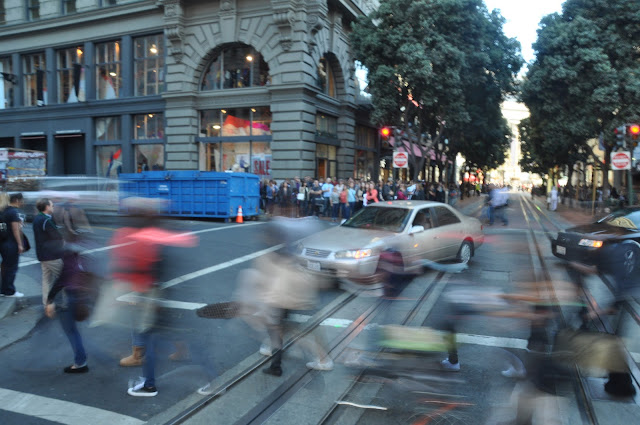 Every now and then, when I think about it, I like to put movement into some of my photos.

And that usually takes a little thinking (or non-thinking) and a slower shutter speed. It also helps if the light is somewhat subdued so that can be accomplished.

With a bright sun, its hard to get really good motion shots because a higher f stop and higher ISO is needed to get a decent photo.

We had been in the City by the Bay the previous weekend last October, just passing by on our way north.

But there was going to be a lot of people and action this following weekend. The Giants were in the baseball playoffs at home, the 49ers had a home game, there was the America's Cup sailing regatta going on and a well-known maker of sports apparel was sponsoring some kind of run. 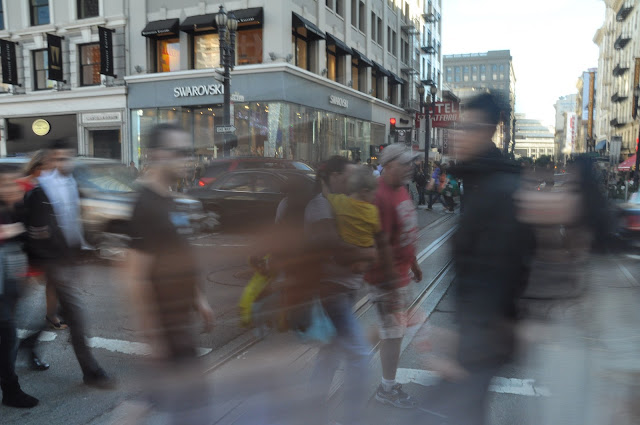 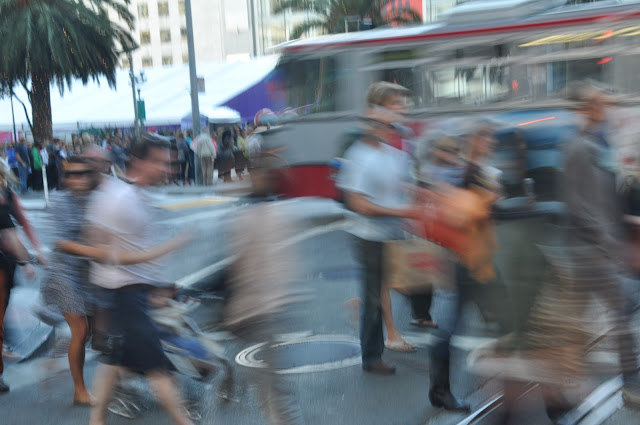 There were people, people, people everywhere. And I wanted to capture some of the hubbub of the moment. And that meant slowing down the shutter speed to show people.

I had gotten on the cable car just north of Chinatown. We were on Powell Street heading toward Market Street. Descending the hill from the California Street intersection, we could see the crowds below. Union Square was overrun. 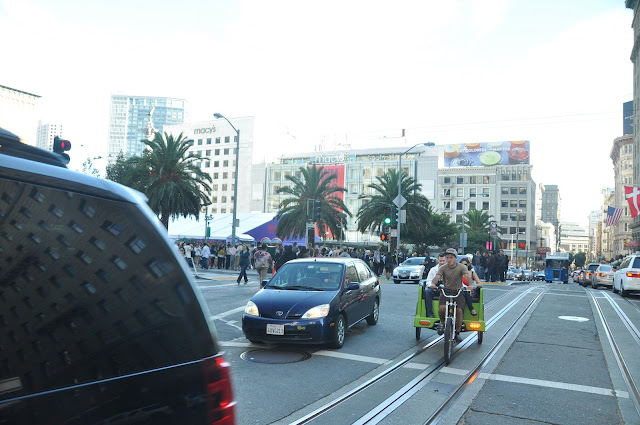 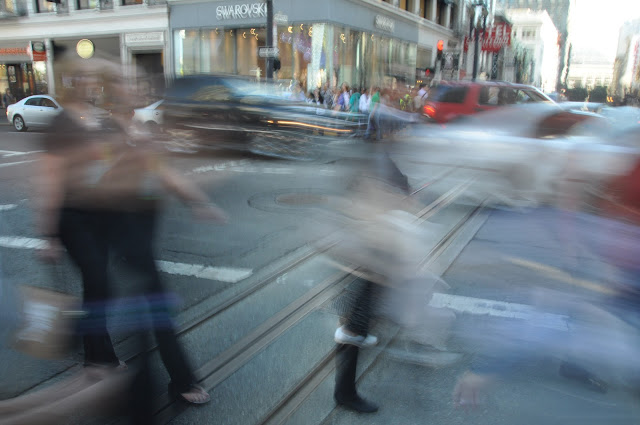 While standing in the outside front on the cable car, I set my shutter to a slower speed and opened up the lends. With one hand keeping me bonded with the cable car, the other started triggering the shutter.

Trying something different is always an adventure, since one doesn't know exactly how they will turn out. But its worth a try, especially with digital cameras. Shoot a lot and discard most of them.

Its just another way to remember the city.