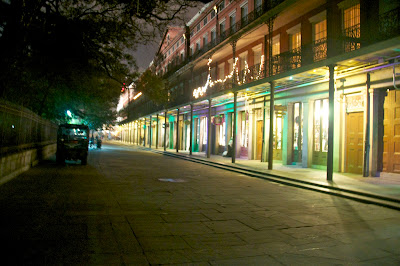 Just a little bit more about the Big Easy and a return to the days of yore.
On a recent trip to New Orleans, I took a little walk around the Vieux Carre after sunset.
The skies were dark, but the lights of the city beckoned. Tour groups were making the rounds with guides spreading the history of the area. There must have been five or six wandering the area. 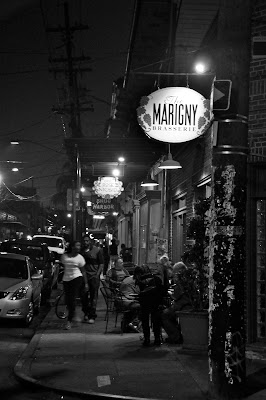 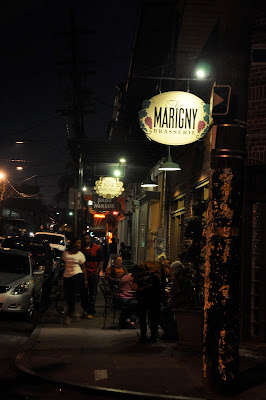 The palm readers and those who supposedly tell the future through the use of tarot cards  were also out. Of course, there was the traditional brass band playing.
But I digress.
It seems that over the past 30 years or so, we couldn't wait to be able to shoot color pictures at low cost. And then came the digital camera. And we shot and shot, filling up our computers with thousands and thousands of colored pictures.
It was hard to delete any. Even the bad shots. 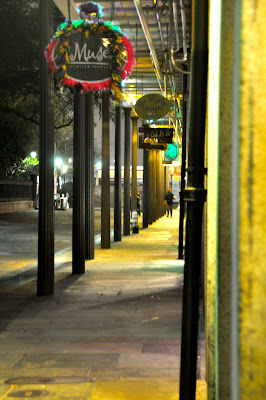 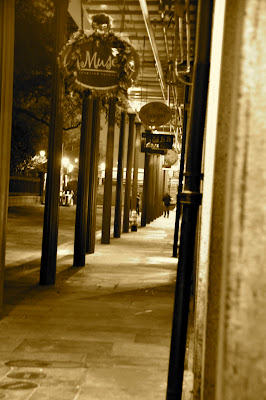 Our computer had a lot of buttons and a lot of options, especially those dealing with photographs.
With the push of a button, we could change the character of a picture. And look at the photo as though it were an antique shot someone else took 100 years ago.
The button on the computer turned today's highly colored rendition into one exhibiting shades of black and white. Or sepia. We remember those days. Maybe fondly, maybe not.
Not -- especially when we dealt with so many rolls of black and white film and usually had to send them off to be developed.
And seemingly waited, for weeks and weeks, for their return.
One can see numerous black and white and sepia photos around the Jackson Square area. And so I decided to turn some of mine into what once was all one could expect.
What is old is new again!
Next post: March 27, 2012
Posted by walter at 7:58 PM