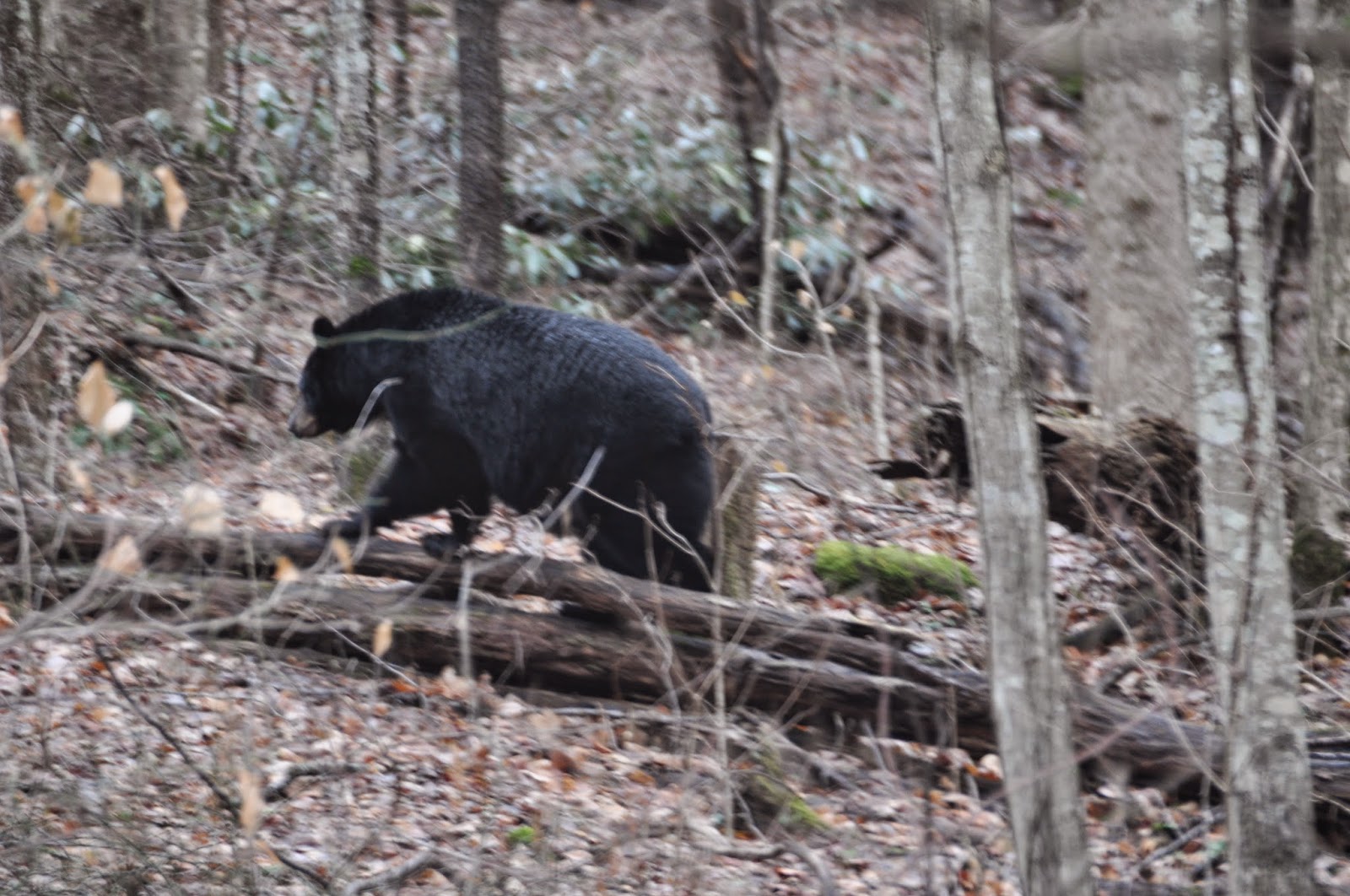 The fifth, and our last trip to the Great Smoky Mountains National Park this year, brought a surprise on our last full day in the area which was Dec. 7.

We like to go up and visit the Chimney’s picnic area because of its beautiful surroundings and the fact that the west prong of the Little Pigeon River runs through it.

Well, even though we knew better that it would probably be closed, we headed up that way anyway.

And just before we got to the turnoff, we noticed a few people on the north side of the road looking down the hill.

Meandering along the side of the hill was a black bear looking as though he was ready for the winter, seemingly having put on a few, if not quite a few, extra pounds.

I parked our van and grabbed my camera to see if I could get more than a black blob of a shot.

Not the perfect shot, but evidence anyway.  I moved along the edge of the road paralleling his movements farther below.

All of a sudden he disappeared. Another person and I debated what had happened.

Did he enter his winter den? We looked and looked.

And then our attention was directed to the other side of the road, the uphill side behind us.

He was over there. It seems the bear made its way through a culvert under the road.

We headed up the side of the hill with many tourists following to get their own pictures.

After awhile we decided he wasn’t going to get any closer and we headed on back down the mountain.

We haven’t been very lucky, even in the summer time, to see a bear, and this was truly a surprise.