Peaks of Otter revisited -- after 37 years 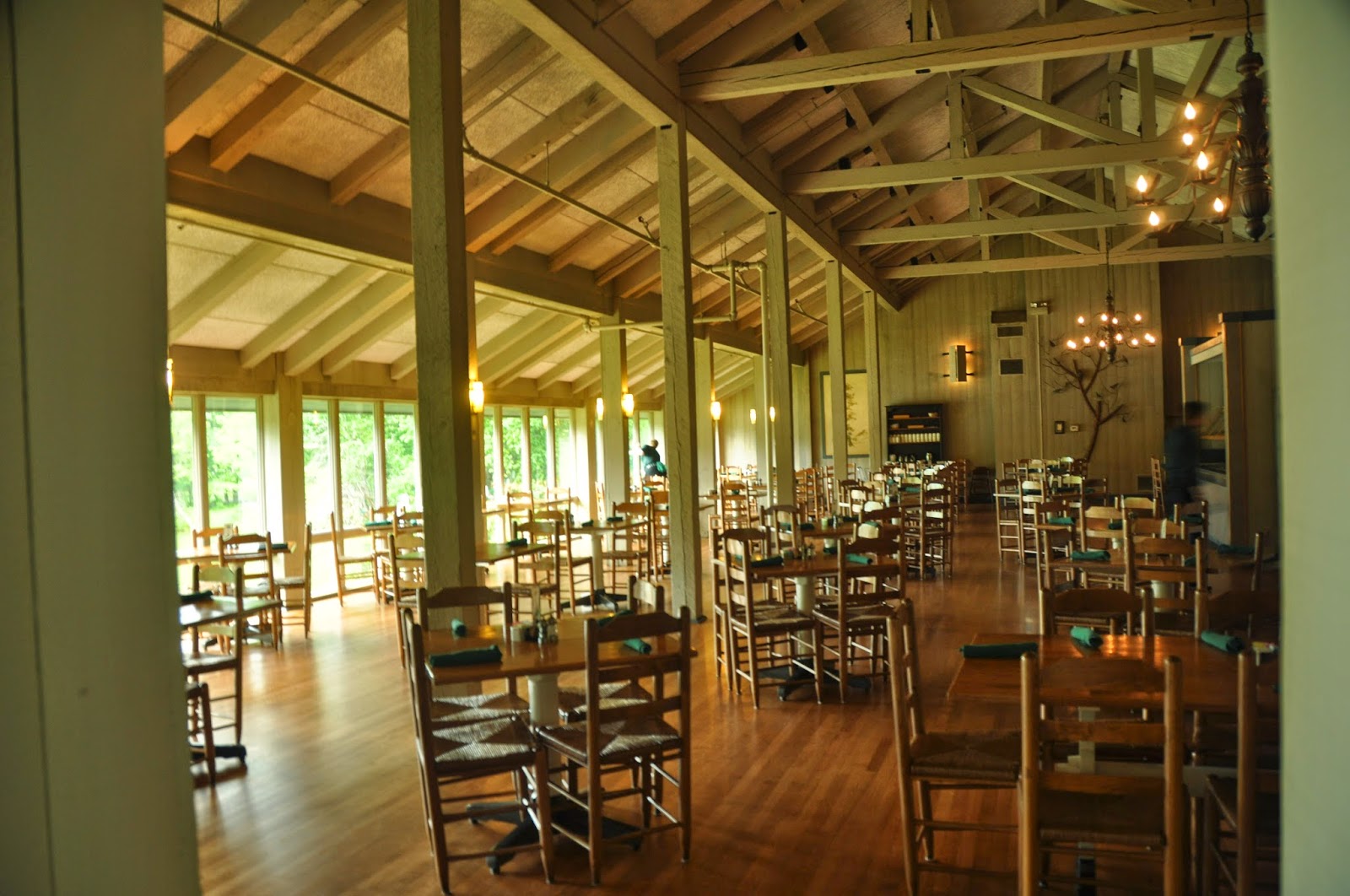 The previous time we visited the Peaks of Otter Lodge, it was foggy.

That was back in late fall of 1977. We were on the end of an almost nine-week excursion that was part of a year-off-from-work odyssey that took us throughout the United States.

We didn’t stay at the lodge which is located on the Blue Ridge Parkway in Virgnia at Mile Post 86. 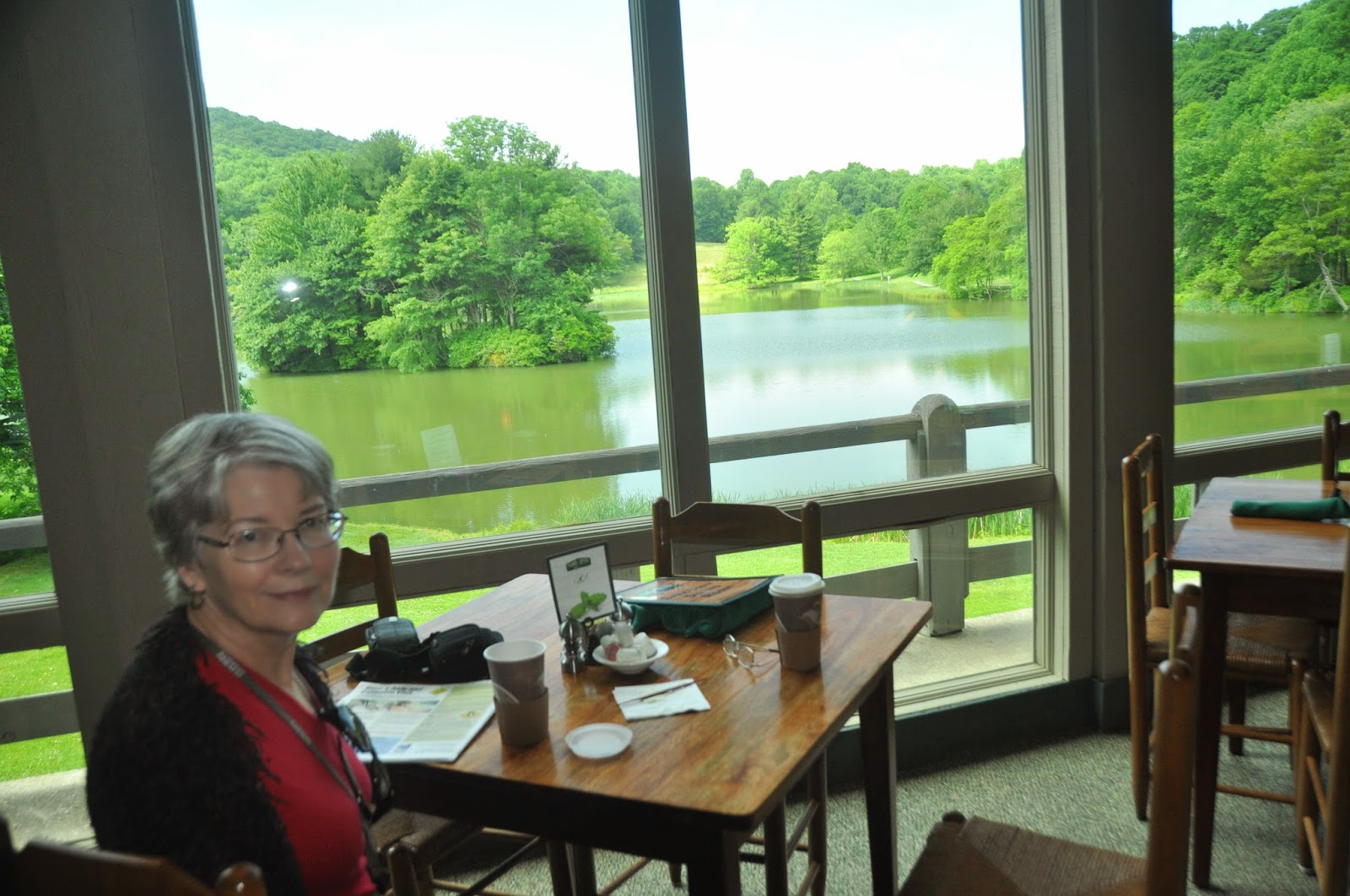 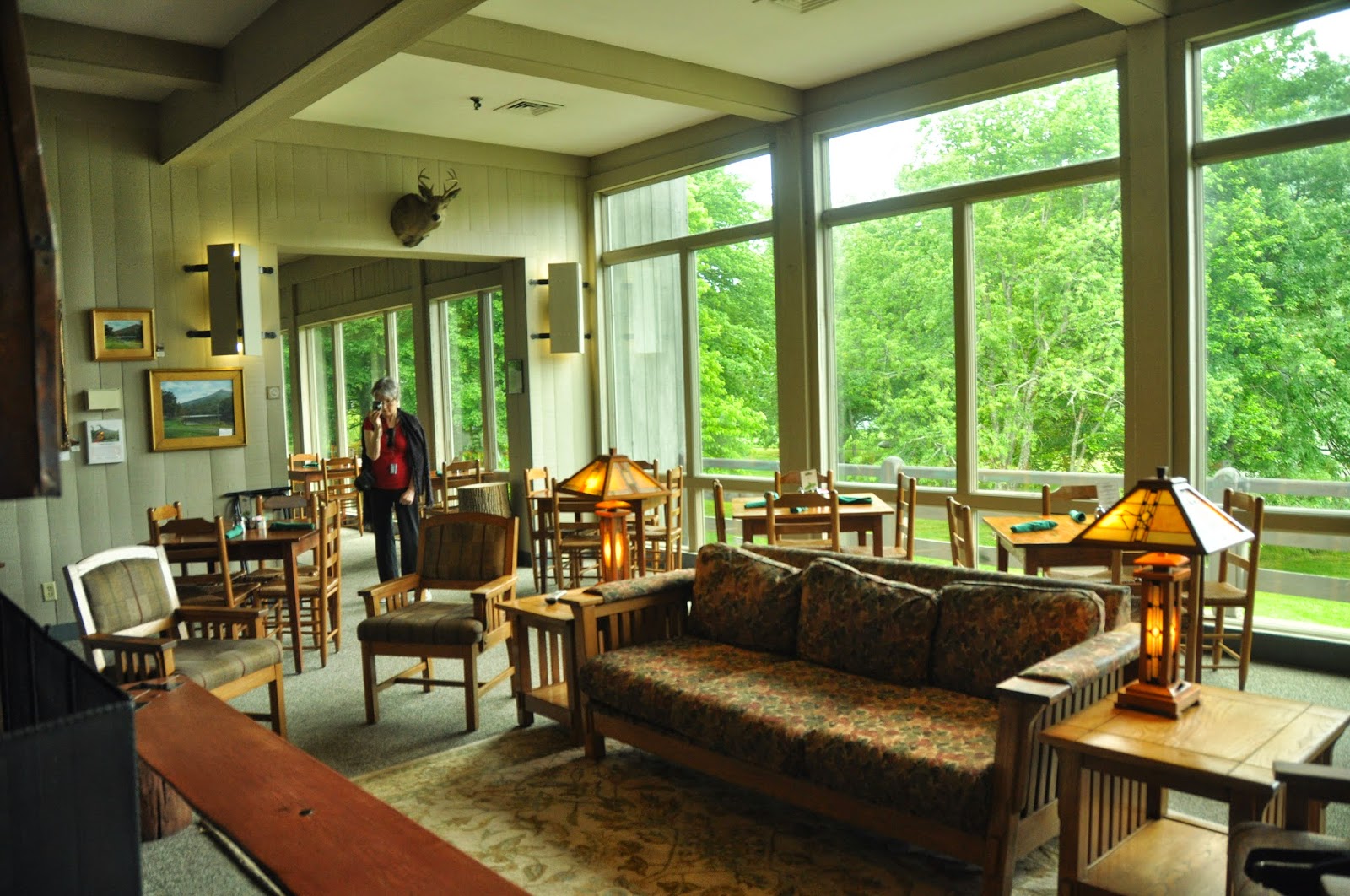 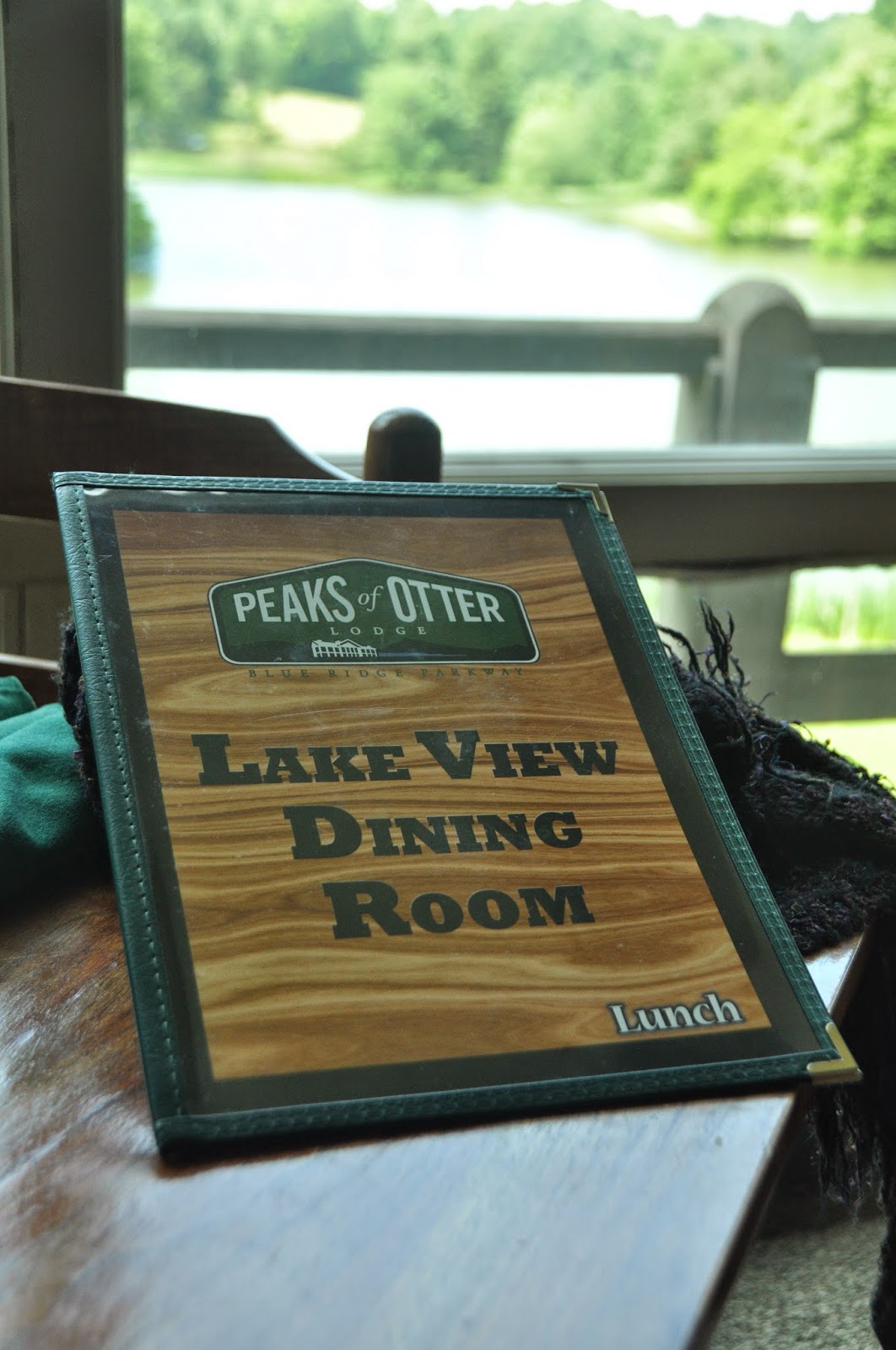 We spent the night in our van at the nearby campground, but ate an evening meal at the lodge.

Our oldest and only son at the time, at five, threw up after eating some raw onions. It wasn’t bad onions.  He just doesn't like onions at all. That's one of the most vivid memories.

Looking back, I though the restaurant was configured in a different layout. Maybe so, I don’t know. 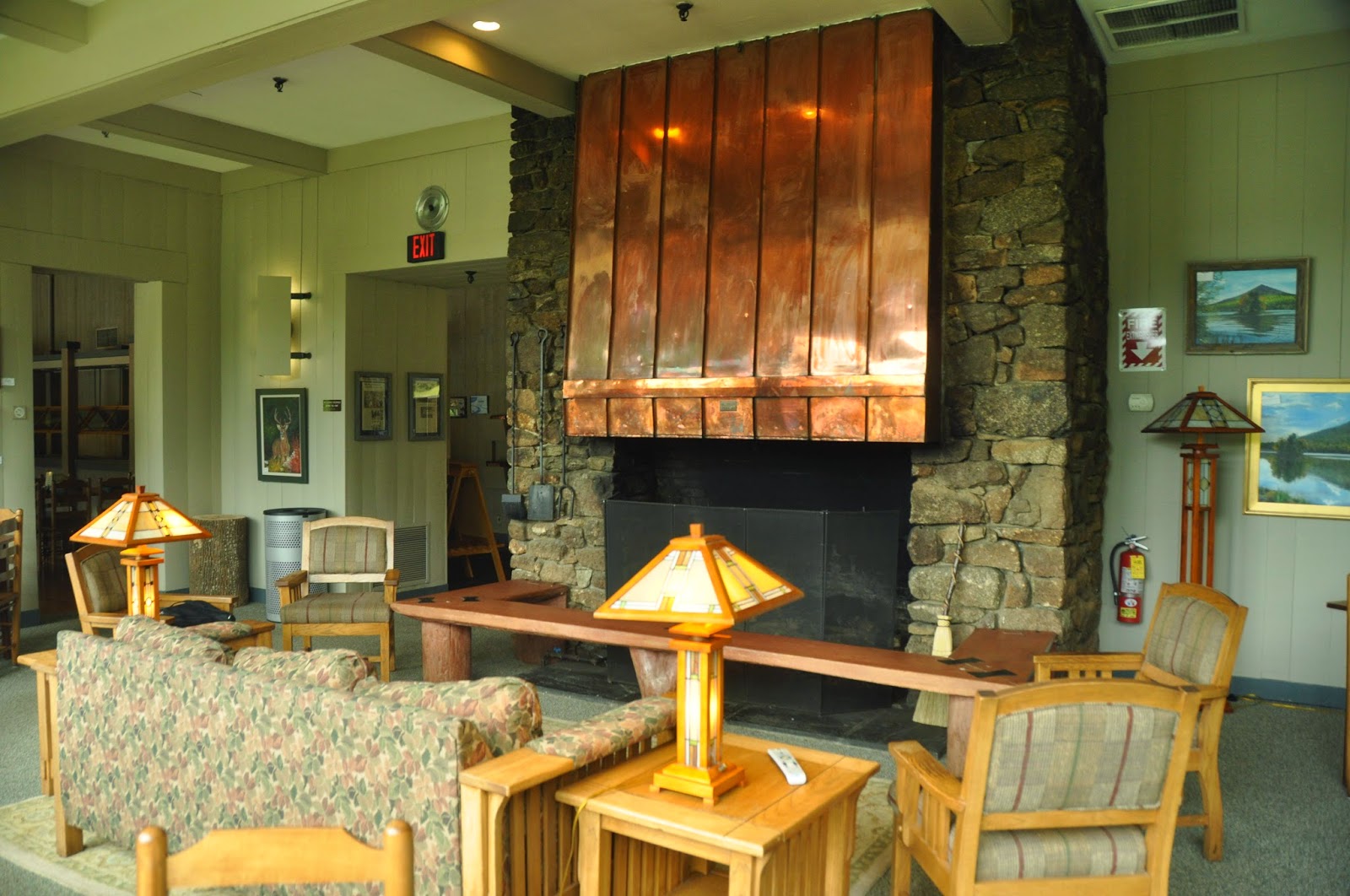 What I do remember is the copper plated fireplace, which at the time offered up a warm fire for that early November night.

It is still there. And looks just as good, although it seems they’ve gotten away from burning wood and have gone to gas.

This time, we were too late for breakfast and too early for the noon meal, so a gratious waitress allowed us some coffee and tea which we consumed at a table overlooking the lake. We were well down the road  at dinner time. 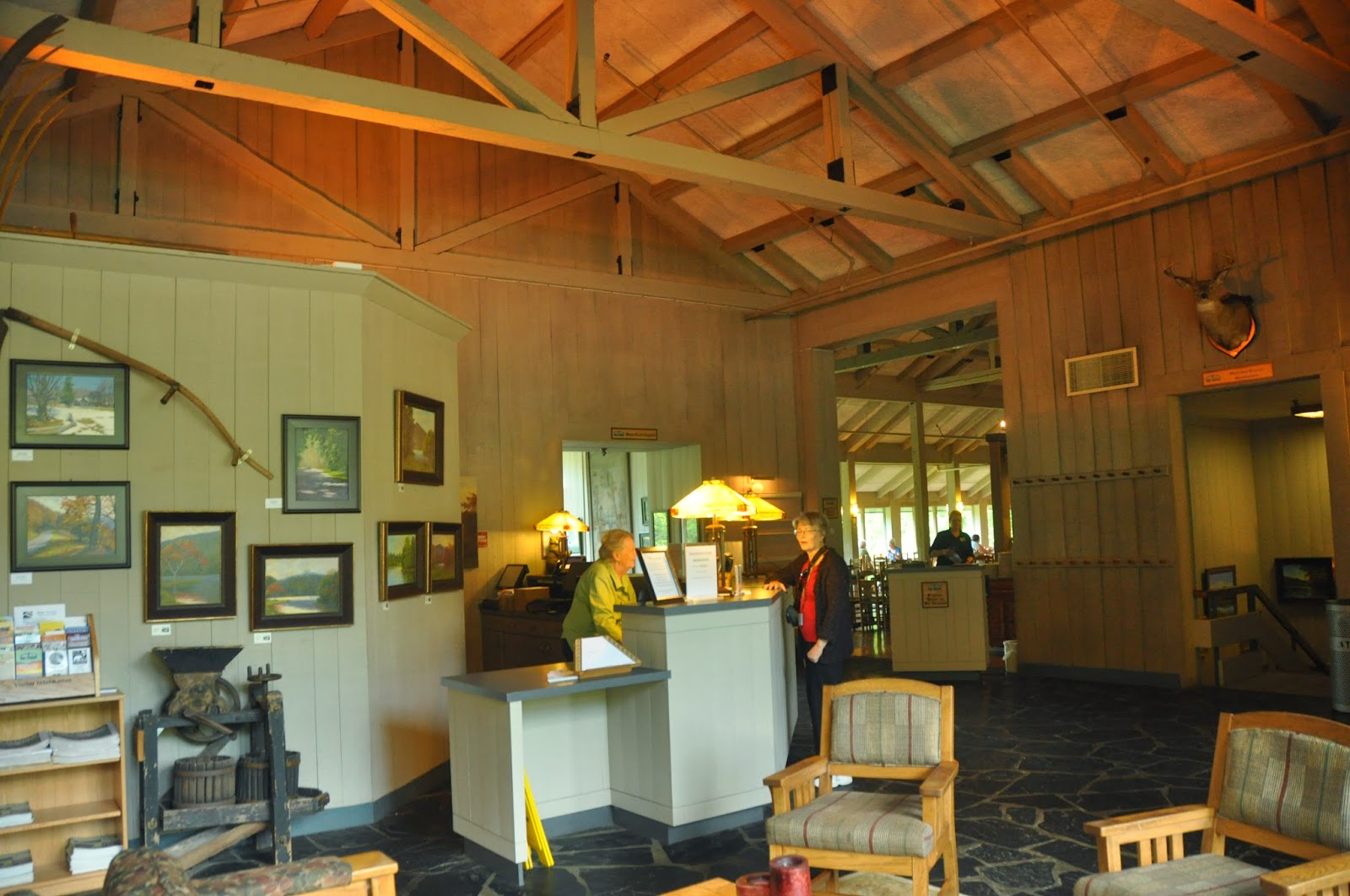 It was a great feeling being there. We checked out their handicapped units which seemed suitable, and then shopped their other units which also overlooked the lake.

It took us almost 37 years to make it back. Maybe next time won’t be as long.