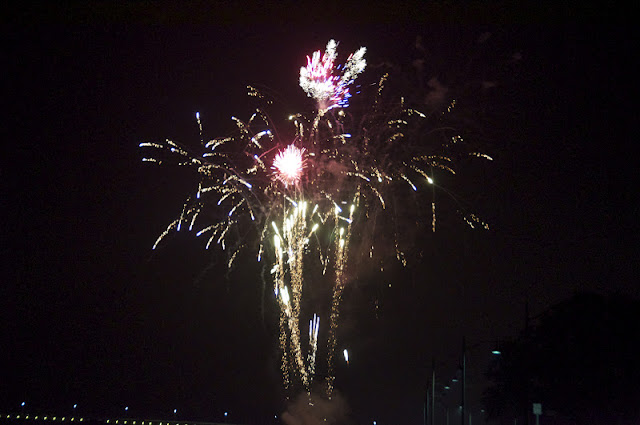 The 4th of July fireworks came a day early to our hometown, Ocean Springs, MS.

The city has been shooting off the pyrotechnics the day before, starting at 8:45 p.m. down on the beach. 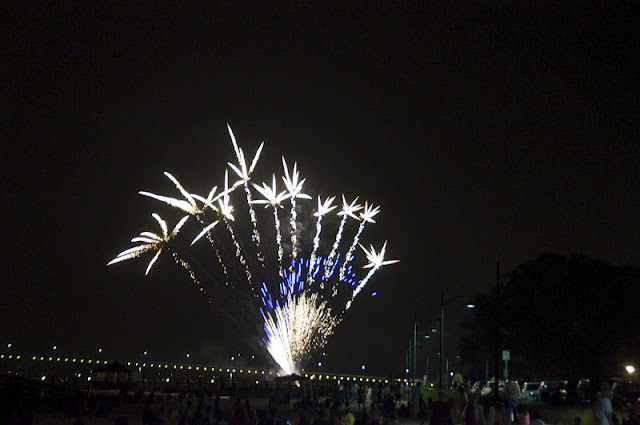 Our departure from home was about 7 p.m. in attempts to get a decent location. We thought the display would be launched from a barge offshore, but that was not the case. It was landbased. This is the first time we have been to the event, so we weren't that well informed. 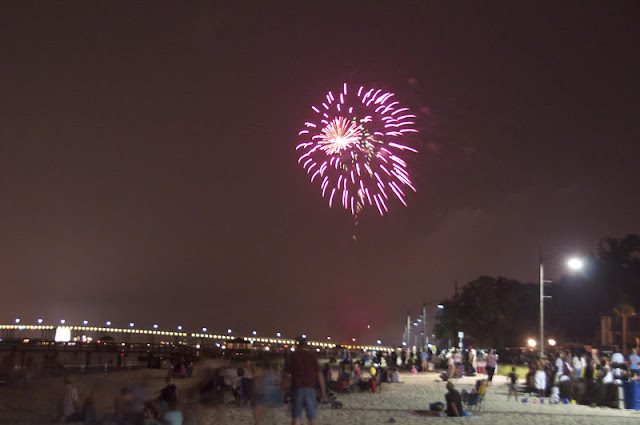 We were about a half mile away but still managed to get a good look at the offering. There were hundreds, nay, thousands who showed up to be a part of the event. 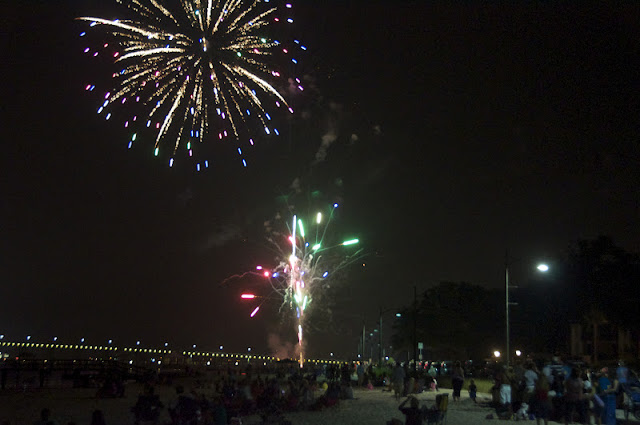 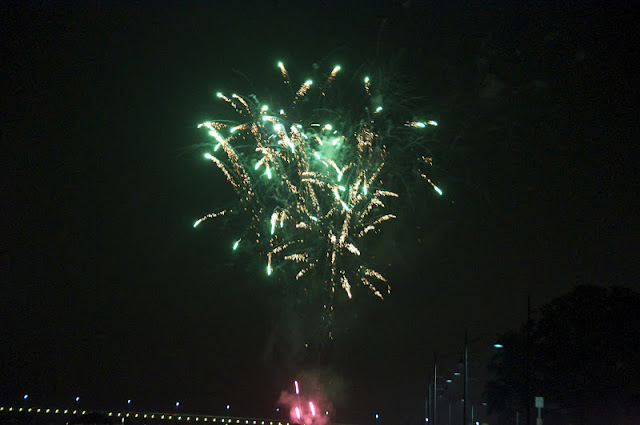 This area, like others throughout the US, has been rather dry, but thunderstorms were moving through and we witnessed Mother Nature's dispay as lightning struck all around us and offshore, but it quieted down. 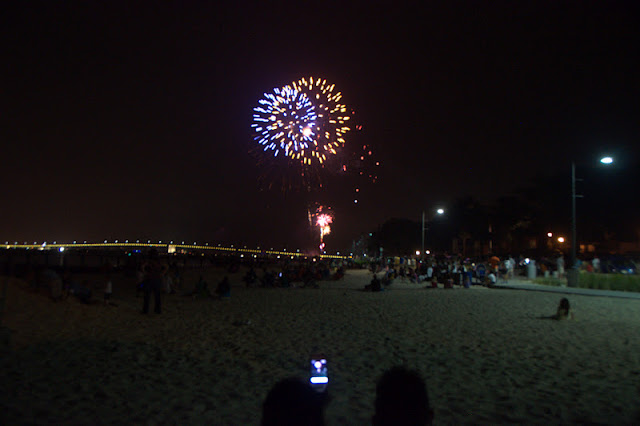 Our next post, due to the fact we will be in the mountains and not have internet connectivity at an opportune time, will be July 24.